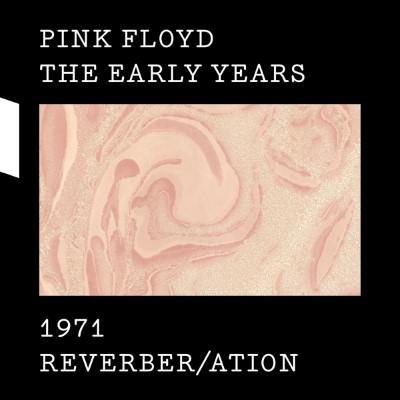 In a stroke of genius, Pink Floyd Records has dug deep in the archives to pull out rare and oftentimes unreleased music and videos for this stunning Box Set. There are several of these sets that have just been released (including a massive 38 disc set) that chronicle the unpolished moments of one of the most enigmatic art bands to ever step into a recording studio.

“Reverber/ation” came out of the band’s sessions for the 1971 album, “Meddle”.  The 5-song CD here includes part of the original demos for that classic, though far from mainstream record. Along with “Nothing Part 14,” it boasts “Fat Old Sun,” “One of These Days,” “Embryo” and “Echoes” all from a September 30th, 1971 BBC Radio Session.

This boxset also includes a DVD and Blu-Ray complete with rare concert footage from 1971, documentaries and even a brief TV interview for a London news segment about bootleg records.

Granted some of the footage is purely for completests and diehard Pink Floyd fans, but the music alone is worth owning.