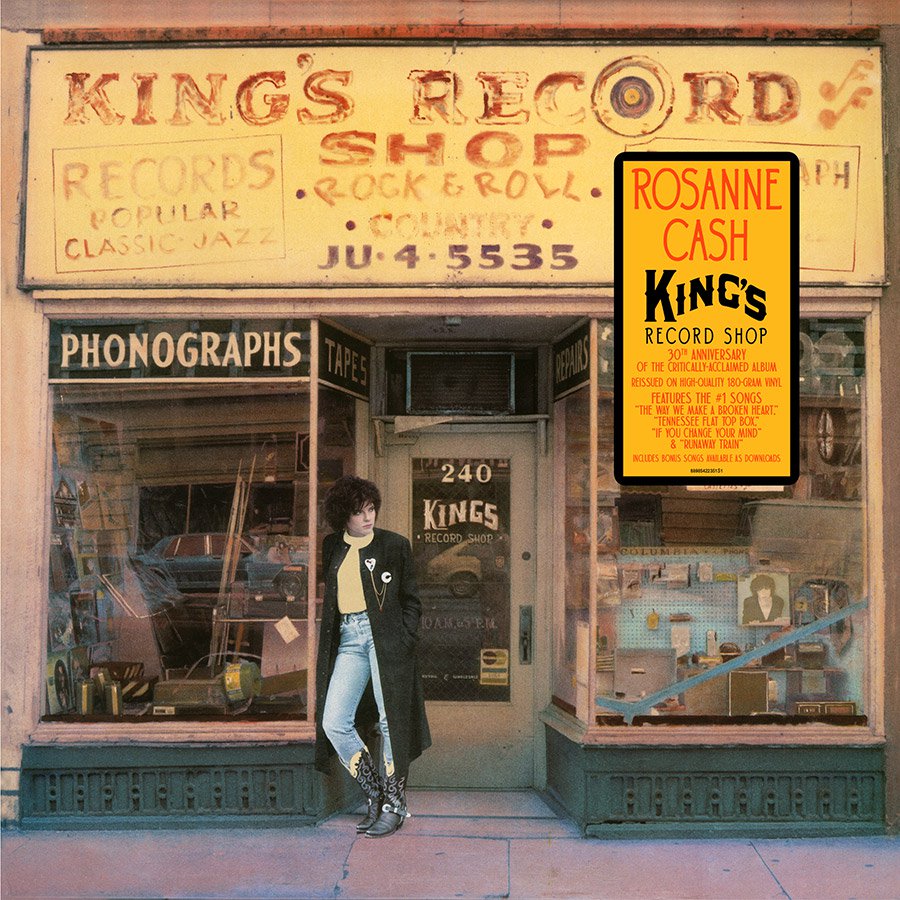 Since the recent resurgence in vinyl, record labels big and small (but, mostly big) are scrambling to empty their vaults for anything to re-release on wax. The results can be mixed; consider that someone re-released the Space Jam soundtrack on vinyl. But every so often, a gem is found, cleaned up and released back into circulation. The latest jewel from Legacy Recordings is the remarkable fifth album from Roseanne Cash, King’s Record Shop.


Put out on 180-gram vinyl just in time for its 30th anniversary, the album holds up stunningly well. From the steady album opener, “Rosie Strike Back,” with its strong domestic violence message, through quieter moments (“I Don’t Have to Crawl”) up to the two powerful live tracks that cap off this re-release (“Runaway Train” and “Green, Yellow and Red”), the album is just as impressive today as when it first came out. Decades later, a song like the lyrically brilliant and stunningly sung “Why Don’t You Quit Leaving Me Alone” is still one of her best (in a career of best songs). She also puts her own spin on John Hiatt’s “The Way We Make a Broken Heart,” a couple of John Stewart tunes and her father’s “Tennessee Flat Top Box” on this record.

Produced by Rodney Crowell, King’s Record Shop helped cement Cash’s reputation as one of Americana/country’s best hopes. At a times when neon pop was weaseling its way into the genre, Cash held steady with the substance over style ethos. The proof can be heard all over this album.