Posted on: September 18, 2017 Posted by: John B. Moore Comments: 0
Tags: the riptides, the riptides canadian graffiti 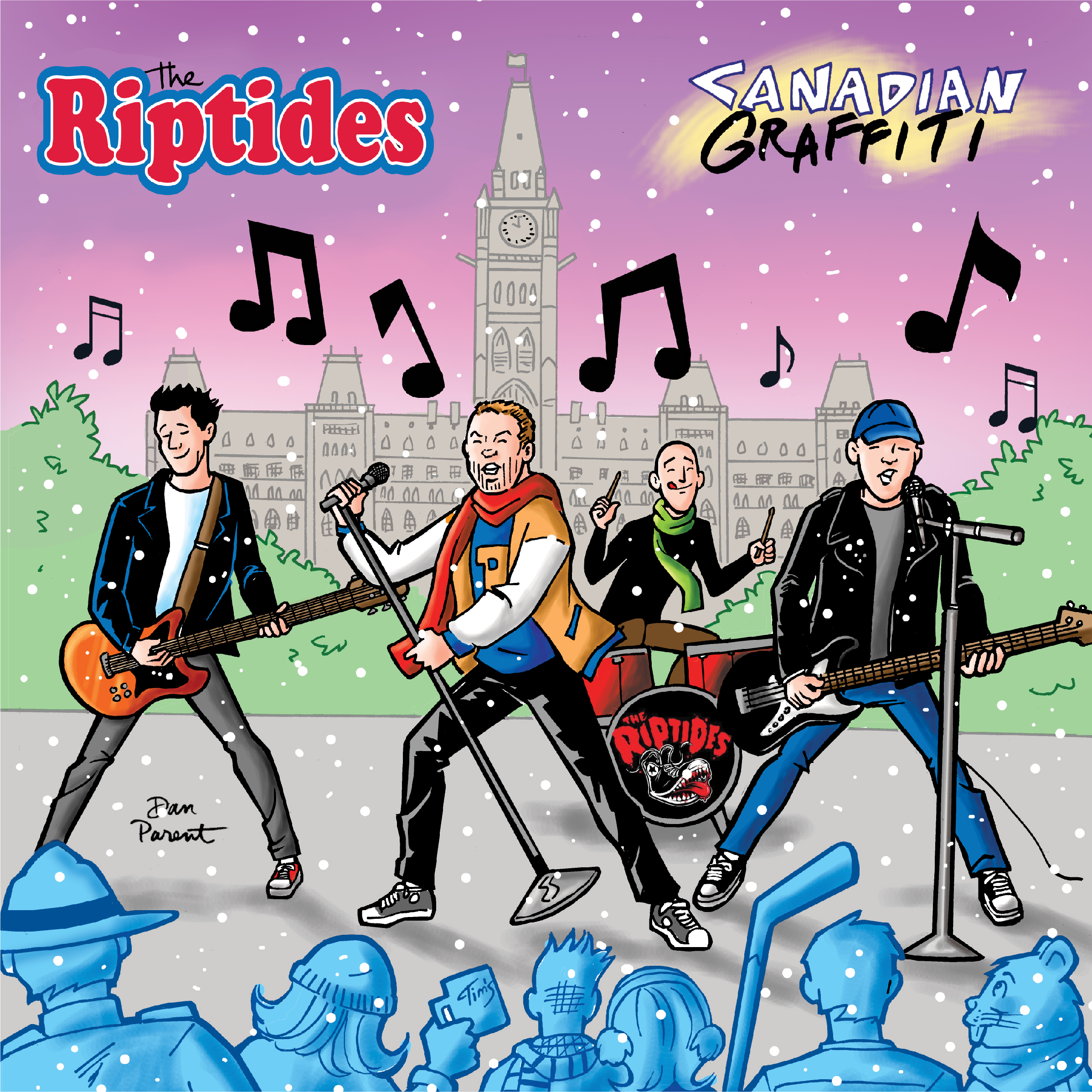 Canadians, the longtime punching bags of their neighbors to the south, are clearly having the last laugh. While we elected quite possibly the dumbest egotist in the world, they had to put in place a hunky, rational leader, who’s pretty much the polar opposite of Trump; Our Justice Department is weighing shutting down medicinal weed, while they went ahead and legalized pot. We could at least lord our punk bands over the Canucks – I mean we had The Ramones and Black Flag. But, the latest by Ontario’s The Riptides, show they can even play punk rock as good – if not better – than many of their U.S.-based peers.

It’s been four years since the pop punk band last put out music, but they’ve more than made up for it with an 18 track (18 TRACKS!) collection of the finest blend of Ramones meets Beach Boys punk rock since The Queers first started making music.

The album, “Canadian Graffiti,” is loud, distorted hooky guitars, machine gun drumming and hilariously goofy lyrics – all crammed into a slew of two-minute songs. >From the minute-long instrumental opener, “Shit Sandwich” to the album closer, the singalong “Waterloo,” the band stuffs as much fun as possible into a single LP. There are admittedly a couple of weaker tracks tucked in here and there, but far too few to weigh down what is otherwise a great record.

For once, we should admit Canada is definitely showing us up. Fuck it, eh.