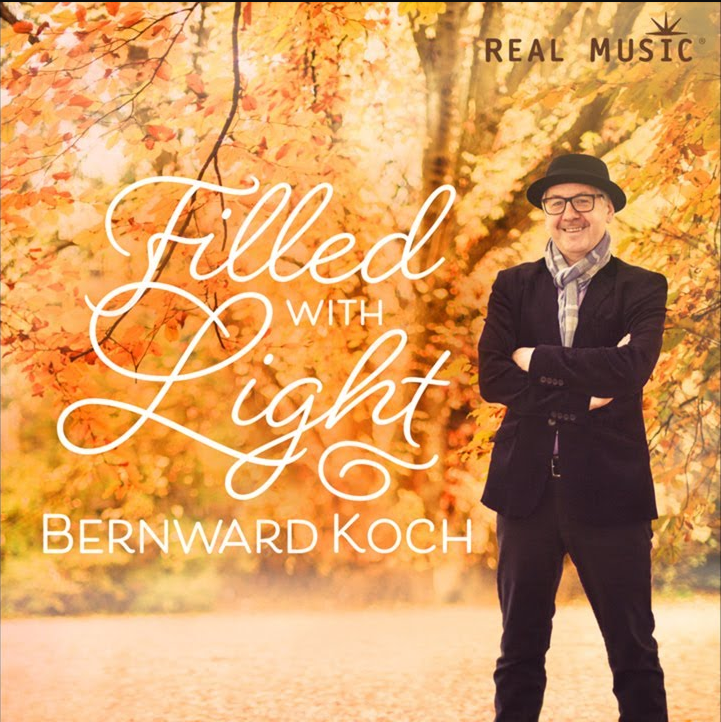 Over the last few years, we have been fortunate enough to review a few of Bernward Koch’s albums, including Remembering, Silent Star, and Day of Life . Filled With Light is his latest release, and I feel that Bernward has been able to make his strongest and most cohesive statement yet. Filled With Light begins with Summer Anthem, a softly-stated track that uses repeated statements laid down by a twinkling piano. Minor shifts and changes are enough to wholly transform the track with each and every minute, as Koch is able to build upon the themes initially laid down.

That June Feeling is extremely touching. The piano is able to contribute a cogent narrative statement that sweeps up into something that could easily be added to pop stations. One can imagine a set of vocals added to the mix and the resulting effort rocketing up the chart. As such, Koch is able to tell a thick book’s worth of narrative with each distinct section of the single. Listeners will be on the edges of their seats until Koch moves into Provence and Treetop Glide. Provence swings things back into a more traditional / classical style of sound, while Treetop Glide veers more into the new age sound of the 1990s, drawing on the rich musical tradition of the decade.

In Her Eyes is the penultimate track on Filled With Light, allowing Koch ample time to create a touching and sedate composition that builds off a bit of happiness and a dollop of sorrow. Underwater Sunbeams is the concluding statement on this release, and it slows things down considerably. Each note means something, and listeners will be transformed by the end of this concluding statement.

Top Tracks: That June Feeling, In Her Eyes