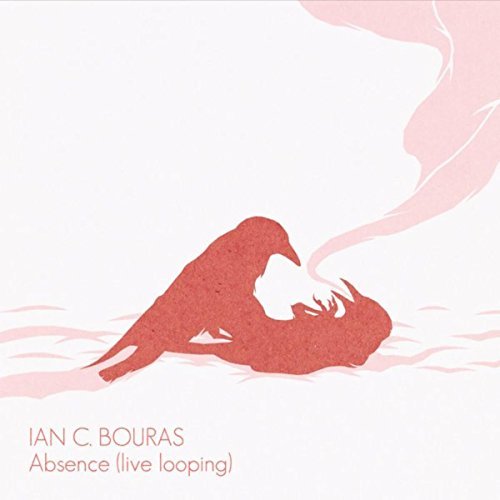 Ian Bouras’ initial renown on the indie music scene came via his tenure as guitarist and among the main songwriters for New York City reggae rock band AñaVañA, but he’s since branched out into performing highly idiosyncratic originals as a solo artist beginning with the 2007 release of his first solo album with SDMP Records. Bouras has also, during his time on the scene, acquired a much deserved reputation as a fine producer and engineer, particularly on his solo releases, and that same fidelity to finding an unified sound and expertise in doing so manifests itself on this release. The album’s fourteen songs are largely carried by Bouras’s guitar melodies and extemporizations adorned with looping and delay effects. There are occasional moments of percussion clanging through, but the instrumental focus of this album remains largely resolute throughout the course of this solo outing. It’s interesting to note that Bouras, as a guitarist, has a chameleon like ability to convincingly inhabit multiple styles of guitar, but can pare back his approach so that particular releases resonate with one sound. It’s a testament to his talents.

Despite the effects he uses on these fourteen songs, experienced music listeners and, especially, guitar players will appreciate the nuance and excellence defining Bouras’ playing on the release. Typical guitarist moves like vibrato and even down to how he strikes the stings are rendered for listeners in a way many will find unfamiliar or highly individual. We can hear those results in the album’s earliest songs like “Trappings of Oblivion” and “The Cruelty of Dreams”. Bouras’ compositional style on these songs presents us with melodies straight away, but the pace of their development has a near dream like ambiance rather than steamrolling listeners. The first inkling of his more experimental tendencies surfaces on the track “Thoughts of You”, but truly takes flower on one of the album’s centerpiece numbers “Conversations with Strangers”. There’s something of the paranoia often associated with urban life coming across in this song. Songs like “Silent Life” and “Rejuvenation” further explore the more daring sides of his musical imagination while the album’s longest cut, “Words Never Whispered”, blends a sampling of all his approaches together for a particularly stunning moment.

“Fear of Sleep” is likely to be regarded as a high point for many listeners. It’s definitely one of the album’s more active, dynamically charged tunes and the increasing presence of ambient textures in the release helps give it an added layer of color that some of the album’s fine early songs lack. “Escape from Planet Brain (A New Reality)” is another of the more successful tunes on the release thanks to his consistent ability to bring the artistically risky and accessible sides of his musical character in perfect accord with each other. Absence (live looping) has the expected spontaneous, in the moment quality implied by the album title and contains rewarding depths. It’s the latest in a series of solo releases that has established Bouras as one of the more interesting indie musicians working today.