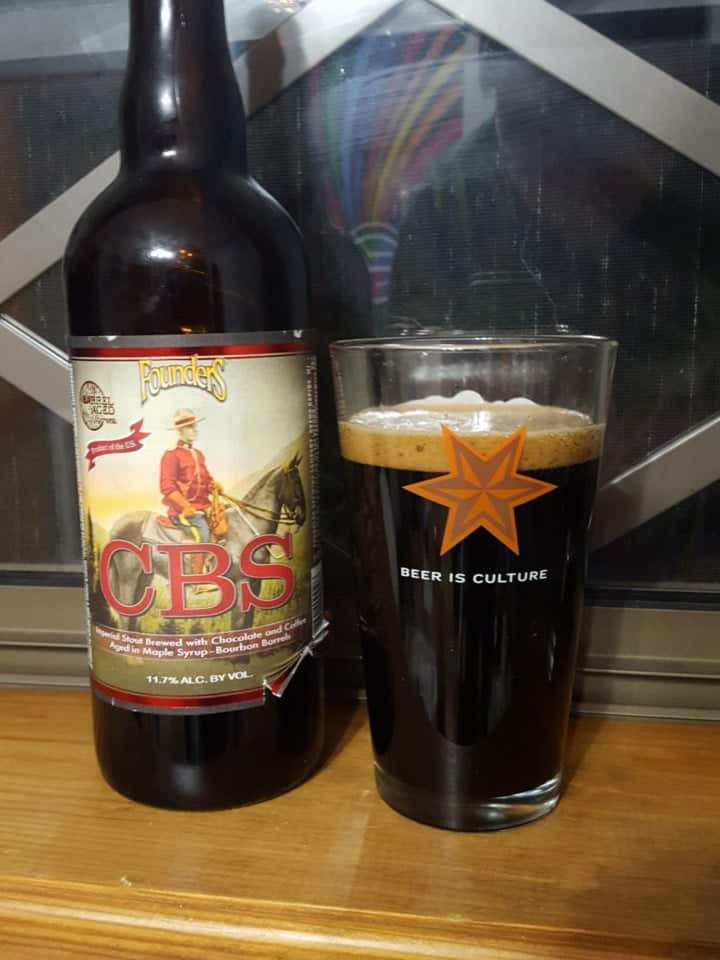 The last time that Canadian Breakfast Stout (aka CBS) was released, masses of beer traders hoarded the bottle so by the time that Founders announced that the brew was coming back, bottles were selling for hundreds of dollars. This time around, Founders has announced that this imperial stout will be made available throughout the entirety of its’ distribution footprint. As a result, a much larger set of craft beer aficionados will be able to check out this much-touted effort.

We were able to crack CBS right around its initial debut; it’s first pour from the larger-format bottle was dark brown and yield a solid amount of tan to light brown heard. The 11.7% ABV of Canadian Breakfast Stout is hidden masterfully by the sweeter elements of the stout; individuals will be able to pull out hints of milk chocolate, maple, brown sugar, and toffee. The ample amount of malt present in each pull of CBS ensures that the constellation of flavors remains varied and robust throughout each bottle.

As a glass begins to warm to room temperature, additional notes – whiskey, vanilla, dark fruits, and even a hint of nuttiness – can be discerned. These additional flavors have the effect of keeping imbibers eagerly delving into CBS, rather than sledgehammering one over the heard with the same narrow band of tastes. Ideally, you would want to purchase a bottle of CBS and experience it now and put back another bottle of the stout for a few years to see how the effort changes over time.

Check out our prior coverage of Founders’ Dirty Bastard , Backwoods Bastard and Breakfast Stout. Look at Founders’ main domain and social media profiles for new product announcements and events.

CBS was available in 750 mL bottles and on draft; MSRP for the bottle is $25.