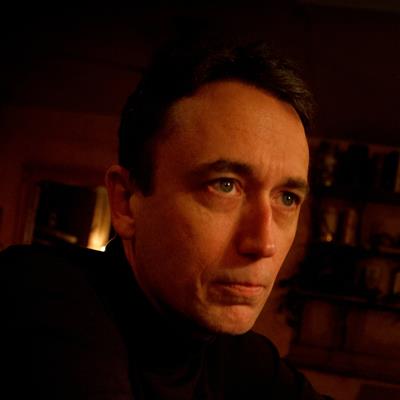 If you like alternative rock that takes steep jumps to pop rock and slightly Americana edges, than the Doug McCurry & The Verticals II album will be a wonderful addition to your musical library. Of the 10 tracks on this gem, nearly all of them contain solid lyrical arrangements; pop friendly vocals and handy guitar work.  Giving a definite nod to late 90s era rock, Charlotte, North Carolina’s McCurry elevates his music to a modern sound.

Standout tracks include “She’s Running,” “Pretty Eyes on Fire,” “Bossa Nova 4-2,” “That Josephine” and “Floating on the Wind.” It’s not to say the others – “Precious Rose,” “Sugar & Lies,” “Beautiful Pain,” “Devils & Crosses” and “No One Recalls Gary” are forgettable. They certainly keep the groove machine moving – and each have their own dancing quality. “Sugar & Lies” has an incredible bass guitar jam. Rather, they seem to be more filler than the others.

“She’s Running” is the opening song and it really shines. Supposing you see McCurry live, this would be an excellent introduction track. His guitar work is mesmerizing and while at first it sounds familiar, meshed with McCurry’s real-man voice, it’s a radio-friendly selection.

“Pretty Eyes on Fire” showcases McCurry’s guitar once again. I really liked the lyrics in this one – imagining that he’s jealous of the man who gets the girl. There’s a feeling like this might be in the same ballpark as Letters to Cleo.

“Bossa Nova 4-2” is a warm, flamenco-like strumming sound. It’s a beautiful song and McCurry’s vocals take a lighter approach. He gets the listener hook, line, and dancing shoes in this selection. Looking for a romantic song to dance to, or lighten the mood during a dinner party, this track will get your guests smiling.

“That Josephine” is a great tune! It reminds me a bit of the quirkiness and fun-factor from 90s rock band, Too Much Joy (“Crush Story”). McCurry’s vocals don’t show much range here, but he’s easy to understand and he’s got this charm in “That Josephine” that makes you want to join his car ride. It has a bit of a garage-band edge to it, but it’s crisp enough that you can tell much pride has been put into making it.

“Floating on the Wind” is another perfect summer ditty. McCurry creates an island feel with such subtle tricks. The percussion is soft and relaxing like a gentle wave. It’s not quite Weezer’s “Holiday” but McCurry’s boy-next-door voice makes you root for him. While it feels summery and warm, this song is still great for any kind of day listening.

It would be interesting to see how McCurry translates these songs to a live setting – I imagine his shows aren’t over the top, but rather a humble disposition. He seems like he could be just as comfortable playing in the back of a coffee shop rather than Madison Square Garden. Like his music, McCurry makes you think bigger and dreams up solid sounds that are ripe for your own soundtrack.