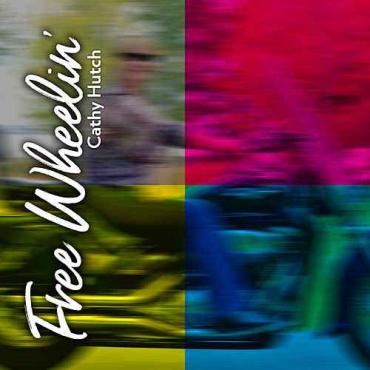 It’s not the easiest task in the world to balance soft lyrics with loud, unruly guitar driven music, regardless of the general manner in which an artist chooses to deliver their craft. Rock music, country, punk rock, heavy metal, whatever you want to call yourself; the tantalizing equilibrium of music that can move us emotionally as much as it can physically is one that every artist seeks out from the very beginning of their careers. And although she’s no stranger to the road nor the studio, Cathy Hutch has all of the energy of a rookie black and white songwriter embarking on their first full color venture mixed with the poise and indulgent confidence of seasoned veteran on her new album Free Wheelin’. I’m not sure precisely how she’s navigated the cutthroat industry that is Canadian country music as well as she has in the last ten years, but her follow up to 2008’s Not Goin’ Back proves to be well worth the decade long wait in its inimitably kind and heartfelt artistic patchwork.

Sewn together like a carefully arranged, colorful quilt that exhibits the opulent pasturelands and soothing harmonies that the natural cordiality that embody the spirit of Canadian country music, Free Wheelin’ lives up to its ambitious title with a pageantry and gusto not often found in an album as unpretentious and studious as this. Backed by a radiant band of talented musicians and produced by some of the best guys in the game (under the direction of mastermind Paul Milner of Eddy Grant and Keith Richards fame), Cathy Hutch draws us into her profound web of subterranean folk rock that relentlessly beats like a tribal drum, even when she croons her way through a slow paced ballad. Free Wheelin’ is a yin yang styled recording; “Carry You Along” may well be a gush of 90’s heartland rock grandeur but it’s adequately stabilized by the ruminating, soul searching of “Know It All.” The woeful bereavement in “To Say Goodbye” is challenged by the loveable “Sweet Dave” as well as the Pete Droge-inspired “In My Life.” Everything track has an equally gripping, contrasting partner that adds to the overall progressiveness of the record. This theatrical distribution of solid musical consistency and lyrical might make for a considerably magnetic listening experience, and certainly one that I was not fully expecting when I sat down to preview this record prior to reviewing it.

Without question, Cathy Hutch shuts down any debate over the relevance of Canadian country music in comparison to its American sibling in her latest LP with a zealous bravado that music aficionados on both sides of the border are bound to find as powerful as I have. Hopefully it won’t take another ten years to see more original content from this deeply gifted singer/songwriter, as I don’t know if either the rock or country scenes could really handle another drought of originality in the mainstream marketplace. And even if it does, Hutch can count on critics and fans to stay committed to watching her astonishingly innovative sound evolve even further.