Sitting down with Kodi & Lozen (Monochrome: The Chromism)

Posted on: May 30, 2018 Posted by: James McQuiston Comments: 0
Tags: Monochrome: The Chromism 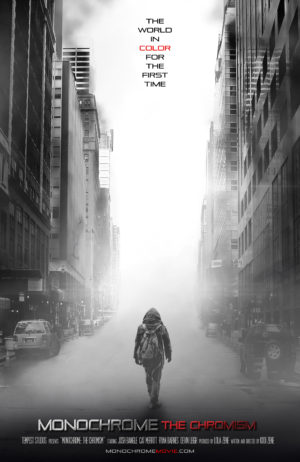 Today, we’re visiting with Kodi and Lozen, the duo behind the upcoming film Monochrome: The Chromism. Below are their musings on their film and the filming process. 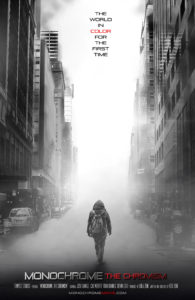 So, how did you two initially get together?

A mutual friend introduced us. We first worked together on a gospel music video to help a local church.

You’re centered in Dallas, a few hours up from us. How’s the filming process in DFW different than in a Vancouver or NYC?

The process I would assume is like the others. The only thing that is particularly different are the demographics in those various areas. I love Texas because it has a southern charm. People are very open and loving here. Especially in the face of adversity.

There was a stylistic decision to make black and white. What was the creative process that led to this decision? 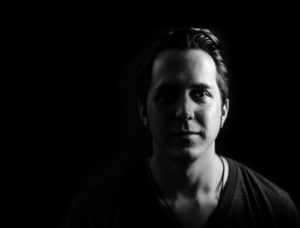 The idea behind this black and white world, although artistic, is really the heart of the story. I’ve always loved the expression of black and white photography and art. So back when I was concepting the thought of a world without color, this idea of “color” being introduced for the first time would really propel the characters and the world to react the way they do. How different would we treat each other if one day some of us were in color while the others weren’t?

Similarly, what gear did you use to make the movie?

We shot the entire movie on a Sony a6300 with various riggings and lights.

How has the film changed over the course of the last six years?

The beginning years were more concepting, shooting proof of concept and relationship building. The story behind the film itself hasn’t changed too much until lately when we started production in 2017. The CHROMISM started as a short film but later evolved into a feature based on our want to tell even more of the story with our amazing cast.

With such a long time from initial idea to finished movie, did you two run into any problems with flow, finance, or anything similar?

We approached things a bit different. Kodi came up with the concept and asked me to help get a teaser trailer made. He researched locations for a year. We traveled to make sure these locations were still there because a lot of West Texas appears to be desert and ghost towns. We grabbed a friend to put in the suit, asked DC Douglas to do some voice over. Submitted the trailers and picked up a handful of awards in 2016. At that point we made direct connections with our potential fan base at Comic-Cons, Walker Stalk, and fandom events by creating an “experience” booth to meet potential fans. We built meaningful relationships that ultimately carried us here. Proof of concept was what took the longest, but it was essential that we did it and really study the patterns of how we engage our viewers, because it laid a great foundation for the production as a whole. The Chromism was an after thought. Kodi had written a three piece trilogy and he asked me back at the end of 2016 if he should have some sort of origin or back story leading up to MONOCHROME. Thus the Chromism was born and we were able to release our first teaser comic that our fans collaborated together on different pages to tell one story. It gives a full 360 degree view to our audience and provides endless opportunities to change focus and gain different perspectives of what our characters are going through.

You pride yourselves on using local talent. Who’s a break-out actor/actress from Monochrome: The Chromism?

To be honest, when it was just Kodi and I working on the concept trailer back in 2015, we got awards. And it felt great. This time we are back with a follow up to the teaser trailer for our origin film, with an awesome cast and crew, and so far they have picked up 3 awards in the last month and a half. The reason why? All them. It wasn’t just Kodi and I on this one, it was a collective integral group of people. They carried us to the next level. I think every single one of them could be “break-out” talent.

So how do people watch the film?

We are still in post-production currently, with plans to submit to the film festival circuit for the end of this year and next year. Connecting with our website or social media will be the best way to find out when and where that will happen!

What other ideas are you kicking around, movie-wise? Is Monochrome: The Chromism a “one and done” film?

MONOCHROME is far from a “one and done” film. As Lozen stated previously, “THE CHROMISM” is our origin feature film that prequels a triology. And parallel to the films we will continue working on our comic book series that expands the world even more.