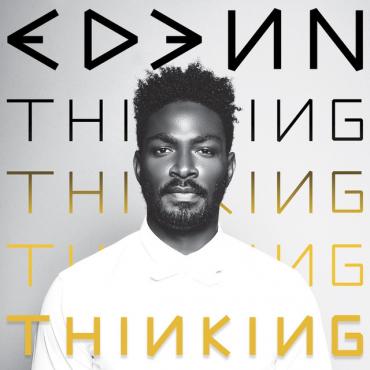 Some of the best music, regardless of genre, is the music that we can dance to and get crazy with just as easily as we can enjoy it on its own without any external interference. The best artists though, are the ones who have the ability to bring all of the magic from the studio with them out on the road and atop any stage, no matter how big or small the venue. In my experience as a music journalist, you rarely, if ever, manage to find both in the same place, and when you do, that flame burns out faster than you could ever imagine. That kind of energy and artistic combustion at once is often too powerful, or maybe just too divine, for this world to handle so it would seem.

Edenn, an internationally acclaimed singer, songwriter and producer based out of France with connections to both the Canadian and Belgium art scenes, I believe to be one of those rare artists. And for once, I don’t see this flame burning out all at once like it so unfortunately has for many who came before him and sought the same stardom and fame that he does. His new song “Thinking” is ripping through the digital streaming charts at a brisk pace, and he’s got critics of numerous styles of music (and other forms of art) discussing his liberal use of eclecticism, which right from the jump tells you that there’s something very, very different about this kid. What’s more, “Thinking” isn’t just fodder for the intellectuals to discuss; it’s a banging track that I can easily picture him dispatching before a crowd of thousands of screaming fans, or intimately to a small group of selected ears in an exclusive club.

One thing I would have liked to see him do a little differently would have been to modulate the sound a little more on the chorus to emulate the sliding effect that’s implied by the slight tempo change, but other than that it’s difficult to find much flaw in the totality of “Thinking.” I really have an urge to see Edenn live and compare his in person performance to the brooding soul searching that he conveys when he’s inside the studio, because if the two are even a little close in quality, or even better, if he surpasses the bar that he’s already set for himself, we could easily be looking at the next king of the Billboard charts right here. I’m curious if he’ll decide to take his work on the road by playing the big festival circuit or maybe supporting an act with more exposure to win over more followers and prepare for a showcase headline tour next year. Will he focus on taking Europe or out west first? No matter what he decides, we’re in for a treat as Edenn continues to ascend into the big picture for pop music, both as listeners and as members of a populace than needs music as much as we need gasoline and groceries.