From That Summer (vol.1) Compilation, “If I’m Really“ by Cole 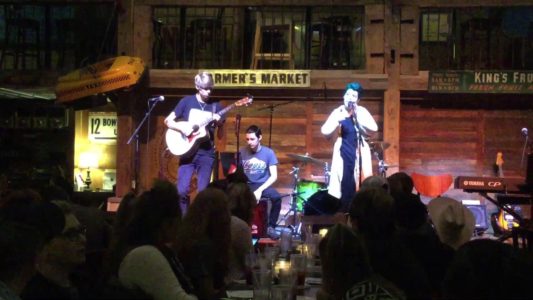 The influence of ambient music has been quite visible thus far in genres as wide ranging as hip-hop, rock n’ roll, radio pop and R&B this year, and I think I’m finally beginning to understand the reasons why. When I was listening to indie pop singer/songwriter Cole’s new single “If I’m Really” the other day, something occurred to me. Back in the mid-80s, right around the time that the roots of the shoegaze movement began to take hold and create the foundation for a legendary scene that would subsequently be born in the United Kingdom a few short years later, we were experiencing the same sort of creative downturn in pop that we are now. Stylistically things have been sounding relatively the same for a hot minute now, and Top 40 has again descended into the same sewers of monotony that eventually helped to pave the way for the British Invasion back in the 60s and the alternative music boom of the 90s. But much like those pioneering shoegazers, Cole is responding to all of the commercially savvy indulgence in mainstream music by taking things a step further into sprawling space aged territories that are as psychedelic as they are buzzing with modern electro pop influences. She’s not alone, but she is by far doing it better than anyone else is right now, and that could be what makes her such a prime example to point to when it comes to describing this very ambient year in music.

Summer music is a genre unto itself, and in the year of the surrealist you can bet that a sleek number like “If I’m Really” is going to be a mainstay of the season. The track opens with a stylish, colorful beat that suddenly evolves into a glowing vocal track that echoes with saturated reverb and a lingering gaze that builds up all of our anticipations for its climactic chorus. Cole has such a gorgeous timber in her voice that is equally as exotic as it is poignantly elegant, and her skillset doesn’t stop after the first set of verses. As the song unfolds like a perfectly arranged symphony, we see why she’s garnered all of the critical and audience acclaim that she has in the last two years, and it becomes clear that even her closest competition is a long ways off from being able to produce something that is half as cohesive and fully developed as this work is here.

You’re more likely to pick who is going to win the next three or four NCAA March Madness tournaments than you are going to be able to predict where the public’s volatile tastes will take us next in the story of western music, but one thing is certain. As long as there are performers like Cole who are bent on constantly creating music that breaks away from the pack and marks its own territory with such affirmation as “If I’m Really” does, we can expect to always be entertained by whatever could be coming next over the horizon.