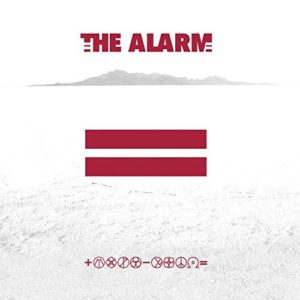 Over the past several years, when not on their seemingly endless global tour, Mike Peters and his bandmates have been busy breathing new life into old classics. First came the 30th anniversary of their debut, “Declaration,” which saw the songs re-interpreted and re-recorded for a new decade, followed quickly by “Peace Train,” another series of re-recordings, this time of lesser known B-Sides. But, after an eight-year break, the band is finally back with a new studio record comprised entirely of new material. “Equals,” the result, is a strong addition to the band’s cannon.

The sound is admittedly a bit dated, but that’s certainly not going to stop fans (and there are a lot of them) as it sounds very much like a lot of their earlier efforts, minus the late-‘80s lost in the woods era. Among the highlights here is the anthemic “Coming Backwards,” with Billy Duffy sitting in on guitar. Peters’ powerfully emotive voice, soaring above the power cords and reliably driving rhythms remains the highlight, as it has since the mid-1980s. Lyrically, the band seems to revisit well-trodden territory here and there, but also touch on themes of love and survival as both Peters and his wife have battled cancer over the past two decades. But even at times when the songs start to boarder on Bono-like pretention, you can’t help but forgive the band as they still have the knack to write a memorable chorus that stays with you.