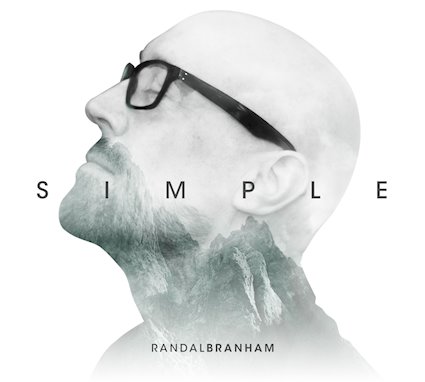 Randal Branham begins his Simple with Simple To Extreme, a tremendously engrossing effort that links together rock, funk, and even hints of traditional blues and country and western. The unique array of styles broached by Branham on this introductory track will have listeners on the edges of their seats. The narrative that is weaved through Simple to Extreme and Wonderful acts as the glue for the first half of the disc. The style of Wonderful is similarly dense as the album’s first effort, with nods to 1980s rock, synth-pop and crooners like Billy Joel and Elvis Costello.

Listeners will be effected by the acoustic version of Man To Man, which bats clean-up on Simple. There is little more to this track besides a piano and Branham’s vocals, but the interplay between these two elements will tattoo the song deep into the minds and hearts of anyone listening in.

Who Is This Lady? is another high-water mark for Randal on his latest album. This mid-tempo effort is pushed to the stratosphere through a secondary (backing) set of vocals.

Your Shining Love is an emotionally complex rock track that benefits from the inclusion of bass and piano. The latter half of Simple keeps things strong; fans are given two takes (acoustic and electric) of Touching Down.

Simple concludes with a club mix of Man To Man, which ratchets up the tempo a bit and acts as a upbeat ending to the disc. Few albums are able to provide listeners with such a deep and detailed biography about their performers, but anyone that completes Simple will understand a bit about Braham. Check out his domain or social media for additional information about his new album. Let us know what you think.

Top Tracks: Simple To Extreme, Man To Man, Who Is This Lady?