The Posies – Dear 23/Frosting on the Beater (CDs) 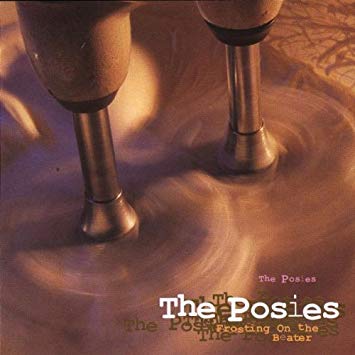 When Omnivore Recordings first announced their re-release of the Posies’ debut “Failure,” it was just a matter of time before they got around to the band’s two best efforts, 1990’s “Dear 23” and 1993’s “Frosting on the Beater.”

“Dear 23,” marked the band’s major label debut, 10 good-to-great power pop tracks that brought to mind everyone from The Raspberries to Cheap Trick. “Failure” was an out of the blue surprise (it was pretty much a home recording), and The Posies were able to really flex their sound a lot more with “Dear 23,” their first proper studio record. This re-release includes the 10 original tracks, along with 7 bonus songs (all but one here are demos) and a second disc crammed with an additional 20 songs, including demos, different mixes and three new tracks (“Fear,” “Spite & Malice” and “I Am The Cosmos”).

Following up “Dear 23” was probably the band’s most fraught experience, leading to their firing of their bassist and ultimately scrapping their recordings before starting over again. Ironically the result, “Frosting on the Beater” is easily the band’s best record, a nearly flawless dozen songs kicking off with the wistful “I Could Dream All Day,” and including the lyrically brilliant “Flavor of the Week.” This re-release contains an additional 30 tracks spread out across two CDs.

Though not as prolific as they were in the ‘90s, the band continues to tour and record, including 2016’s fantastic “Solid State.” But, these Omnivore re-releases are the perfect excuse to visit the band’s early offerings.