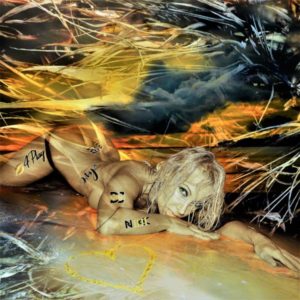 Every artist needs a swan song that essentially encompasses their entire aesthetic and compresses it into a single track that gives audiences an idea of who they really are as a performer. For Led Zeppelin it was “Stairway to Heaven.” For Madonna, “Like a Virgin.” For aspiring electronica sensation NIK:11 it may very well be her song “4Play,” which has been having one of the most accomplished years of any single on the charts. If you haven’t heard NIK:11’s music before, that’s probably going to change before the summer is over, as “4Play” and it’s incredible reach across genre boundaries continue to become increasingly hard to avoid, even in an age where most young people don’t even listen to the radio anymore.

In a lot of ways, NIK:11 is a new kind of superstar for a new kind of generation, and while her material is quintessential dance music, it doesn’t feel like it can’t have a life outside of the night clubs. “4Play” is driven by a kaleidoscopic groove that is saturated with sexy tonality and a fierce velocity that catapults its charm at us with razor sharp intensity. It’s the hottest track of the summer not because of the branding that it shows off but because of its relentlessly powerful tempo. NIK:11’s music has become legendary for its presence, but this takes her aggressive style to a whole new level. Any fans who might have doubted that she had it in her are completely shut down within the first couple of bars in this song.

“4Play” was made to set the night on fire and bring people together in the most innately human ways possible, but it honestly makes an excellent soundtrack to a variety of activities that one could take part in throughout the course of any given day. I found it makes for particularly intriguing fodder when added to a brisk workout session or even a casual drive through the city at dusk. There’s an energy, a radiant glow about this beat that just instantly gives any moment an extra kick of adrenaline, and for my money this music works better than any energy drink I’ve ever had in my life. It doesn’t get much more organic or real than what NIK:11 does with her work.

Despite their detractors and the vile critical interpretations of some of the genre’s most important forerunners, electronica is coming back in a really big way right now and it will only be a matter of time before it becomes the most significant draw in all of pop music on this side of the Atlantic or the other. As with all revolutions, the strongest and most creative in the pack tend to rise to the surface above all others, and it isn’t too early to confirm that NIK:11 is at the very forefront of the international techno community right now. “4Play” could prove to be the track that breaks both her and her closest rivals into the mainstream, and I for one can’t think of another artist who is as ready for and worthy of the attention as she is.

We covered NIK:11’s 6AM back in January.