Google has recently told Congress that it still allows developers to share Gmail data but gave no details on the number of add-ons that have violated its policies. According to Pew Research, two thirds of Americans have said they would like to do more to protect their privacy and this is understandable after concerns have been raised over data usage and while the flow of information between technology platforms is still being scrutinized. And yet, at the same time, they are happy to fill their homes with smart devices that know their personal preferences and upload apps that track their every move. However, for the most precious information, often invaluable photos and essential household documentation, protecting against data loss with external backup is still a favored option for many. 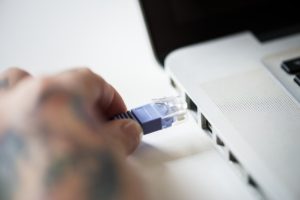 This is especially true after well-publicized incidents of privacy violation. It’s been four years since the hacking scandal that lead to photos of Hollywood stars being made public and one of the four men originally arrested in 2014 for compromising celebrity iCloud accounts was recently sentenced to eight months in prison. Although it transpired that no-one had technically hacked the system, the fact that credentials were given up through phishing still showed a vulnerability and served as a reminder that valuable or classified information is always best stored separately on secure hardware. Removable storage media is fast and safe from hackers, and physically isolating information on memory hardware from unsecured networks will for the foreseeable future still be the preferred way to store and transport highly sensitive material.

There is still no requirement for banks in the US to allow consumers to decide if a third party can access their information although steps are being taken to catch up with Open Banking, already established in the UK and other parts of the world. The benefits appear enticing, with increased competition encouraging innovation and leading to reduced costs to the consumer. Already stock trading apps that charge no fees for trades are becoming more popular and for other tech, consumers are able to compare products so improving price transparency. By 2017, 87% of individuals preferred to adopt a Fintech application rather than use a product or service offered by a traditional financial services. So it would appear that US customers will enjoy choosing to share their financial data with third parties but this could be due to a lack of knowledge as is the case in the UK. Although, it was found that 69% of UK consumers were unhappy about their data being shared, almost all admitted to not fully understanding the concept of Open Banking.

It seems that unless a breach of security is brought to the attention of the public, or consumers are forced to question the level of protection surrounding their personal data, they are happy to unwittingly share untold amounts of private information. They will most likely benefit from reduced prices, increased competition and services tailored to their particular needs but they may never be aware of why.