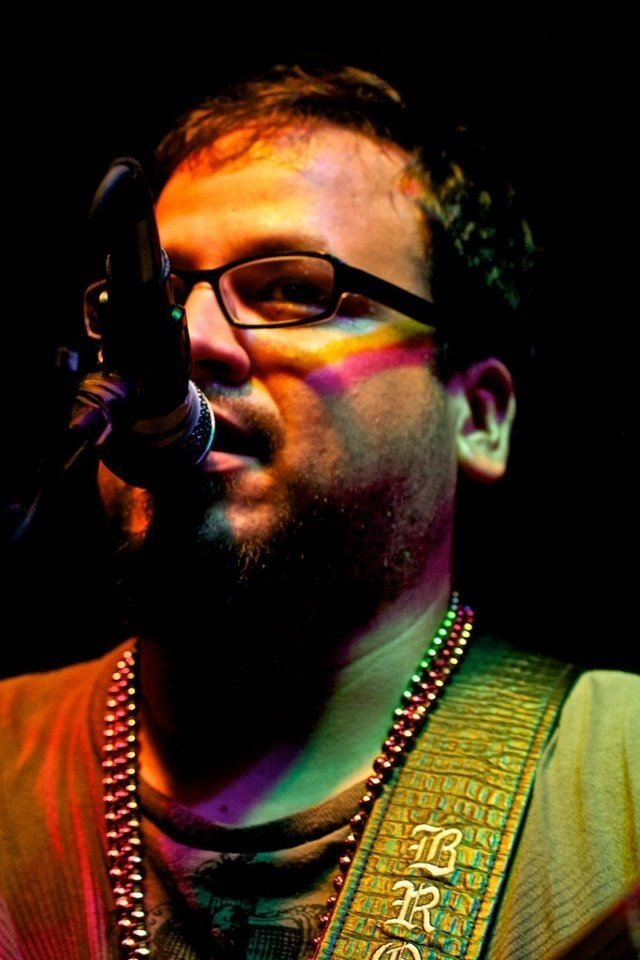 In his first extended play and fourth overall release, entitled Rusty Strings, Peruvian singer/songwriter Brown Kid struts with a swaggering confidence through a plethora of colorful material that is instantly memorable and contagiously optimistic. Rusty Strings sees Brown Kid’s signature style of easy going folk music and reggae-influenced pop advancing to a new level of conciseness and clarity that was hinted at in previous releases but comes to fruition in this latest offering, which could be described as his most streamlined and polished record to date. In the six songs it contains, audiences are given front row seats to a spectacle of audiological wonderment they won’t soon forget.

The exotic flavor of Brown Kid’s core aesthetic is brilliantly displayed in songs like “La Farra” which blends a Latin string arrangement with a pointed pop beat for what can only be described as pure cathartic bliss. There’s no limits to what Brown Kid can do when he sets his mind to something, and in Rusty Strings he proves that no concept is too outrageous or ambitious for him to experiment with. Whether it be the calculating “Jamaicamecrazy” or the twisted acoustic jazz of “Complacency,” he never gives us a reason to doubt his excellent skillset from start to finish in this record.

More than anything else, Rusty Strings shows off Brown Kid’s gentle and playful side, and the material that it sports is consistently warm and comforting to listen to. Even amidst the ominousness of “Welcome to My Funeral,” there’s a feeling that Brown Kid is trying to keep a light on in the darkness, guiding us away from any danger that may be lurking where we least expect it.

Rusty Strings’ crown jewel could be its title track, which sensuously brings all of the diversely compiled sounds of the EP together in a single, worldbeat-style anthem. I actually think this song would serve as a good gateway for new listeners who are looking to familiarize themselves with Brown Kid’s music. In my experience, all it takes is one listen to this guy’s work to become addicted to what he’s producing, and this track is easily one of his more potent dispatches.

There’s no need to argue whether or not Rusty Strings is one of the most intriguing and provocatively produced records of 2018, and I think that fans of almost any genre within pop music would be wise to give it a listen. I highly recommend Rusty Strings as required listening for anyone who loves premium audio.