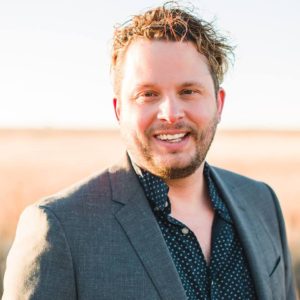 Countrified singer/songwriter James Lee Baker has become quite the cult favorite of the Midwestern indie folk and alternative country circuits over the last couple of years, and with his new album Home Again audiences worldwide finally have the opportunity to experience his ethereal charms in all of their magnetic glory. Divided into ten equally stylish tracks produced with the upmost care and attention to detail, Home Again is a supremely affectionate look at one of America’s most talented young songwriters in the prime of his career and ready to take on the whole planet one epic song at a time.

If any critics need confirmation of Baker’s incredible abilities as both a master composer and a skilled vocalist, I’d have to point them in the direction of Home Again’s “Disappear for the Weekend,” which is easily one of its most fascinating highpoints. Showcasing its songwriter’s knack for generating catchy hooks out of otherwise simple structures, “Disappear for the Weekend” might be the best candidate for a lead single from this record thanks to its memorable chorus and freewheeling beat. It’s far from the only alluring track on Home Again, but its strength alone makes the record a more than worthy acquisition.

James Lee Baker’s music is quite exotic in comparison to his peers and he incorporates a variety of intriguing influences into his sound. There’s a touch of rock n’ roll tenacity in his guitar play, but it isn’t laced with pomp or bravado. The same can be said for his country music edge, which is only implied through the twang of his instrumentation and not in the concentration of his subject matter. If you’re in the market for a predictable album that recycles the same themes and song designs as its contemporaries, you’d better look somewhere other than Home Again, which is possibly the most original album I’ve heard in years.

In the song “The First Time,” James Lee Baker shows us that he can shift the tempo towards a more sensitive, loving side without losing the vibrant energy that drives his more anthemic songs. The textured harmony between Baker’s voice and the backing band in “The First Time” is a fine example of his ability to mesh with any different set of musicians, regardless of style or background. Performers like him don’t concern themselves as much with the rules of songwriting as they do making impressive melodies at any cost, and we as an audience benefit from this attitude immensely in the resulting content.

After listening to Home Again a number of times in the last week in preparation for writing this article I came to the conclusion that the only way Baker could top this record would be to take it out on the road and play it live – which is exactly what he’s doing right now. This album would make for an amazingly nimble set list in concert, and I can’t think of any artist more adept and able to express its narrative than James Lee Baker. His devotion to his medium is evident in every note he pens, and I can’t wait to see what he comes up with for us next.