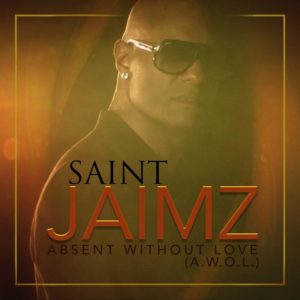 Saint Jaimz’s vocals immediately bring you into his world and heart and he isn’t even singing. Instead, “AWOL (Absent Without Love”) begins with Jaimz’s spoken word voice in a brief introduction that sets an early mood. This is near torch song R&B, a reflective rumination on the descent of a relationship holding together by pure inaction and long past its sell by date. It’s all part of Jaimz’s purpose in songwriting, to engage meaningful themes and stories through which he can communicates messages of intense personal meaning for him. He backs up those efforts with an equally strong commitment, evident in each second of this song, to marrying those messages to rich musical arrangements instead of glorified vehicles for his point of view. It’s the latest and greatest in a string of singles for this Californian and Army veteran. His intense personal commitment to the music reflects the wisdom he’s gleaned overcoming a number of trials in life and it gives his songwriting, even in its darkest moments, an affirmative slant all his own.

“AWOL (Absent Without Love)” has an arrangement worth the price of purchase alone. He shows how he’s content and assured following his own musical path through the blending of “live” instruments with pre-programmed music and the bold inclusion of acoustic guitar, definitely not a customary move for R&B performers of any generation. It works however and gives the song a much different accent; broadening the song’s possible appeal in such a way illustrates the sort of creative thinking he brings to this single and characteristic of his previous releases. The production captures all of the instruments with clarity and keeps them in even-keeled balance with one another, but the guitar playing definitely stands out thanks to its eloquence and sure-fingered fretting. If it isn’t an inspired first take, it sounds like one.

His writing excels with plain-spoken conversational elements and notable turns of phrase setting him apart from his peers. Jaimz never skirts the subject at hand and speaks to both the audience and the song’s subject without reservation and the words are molded around the musical passages in a way that benefits both. A lot of thought has went into this song and the recording, obviously, but the writing is like the other components in their natural sound and development. There’s never any sense of Jaimz attempting to force things or taking shortcuts trying to curry the listener’s favor.

This sort of honesty is, undoubtedly, rewarding to Saint Jaimz as a serious musical artist and rewards listeners as well. I find myself invigorated by hearing this tune and how thoroughly entangled it is with affairs of the heart – this isn’t a song that shirks from life’s experiences, but faces them head on instead. Saint Jaimz’s single “AWOL (Absent Without Love)” has a number of identifiable influences, but few artists in R&B over the last twenty years have hit the scene with as personal of a sound and slant we hear from Saint Jaimz and his music. Long may he continue.