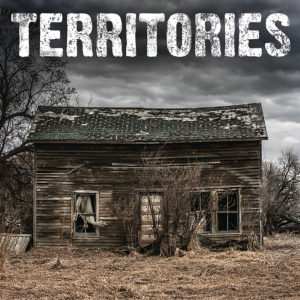 For more than two decades, Canada’s long-running punk band Knucklehead put out a slew of ferocious, tight punk rock anthems. So, it’s no surprise that Territories, the new outfit comprised of alumni from Knucklehead, would be just as impressive.

Their self-titled debut is a dozen, smartly written, deftly-executed distortion-heavy tracks that never skimp on the melodies, calling to mind everyone from the Bouncing Souls and Bad Religion to Stiff Little Fingers. It’s tough to single out highlights as there is simply no fat on the record, each song fighting tooth and nail to earn its spot, but thanks to elastic rhythms and pitch-perfect gang vocals on a song like “The Bigger They Come” or “There and Gone,” a perfect from-the-pit singalong, those are two of the immediate stand outs off this debut.

As influential as Alberta’s Knucklehead was – they helped launch a slew of punk bands in garages across North America over the years – Territories is wildly impressive in its own right due thanks to the immediacy and freshness of a new band, backed by the talent of punk rock veterans.