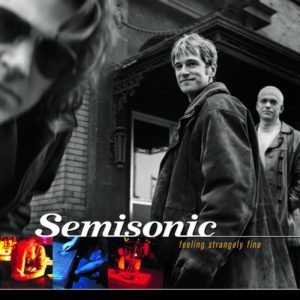 Long before Dan Wilson became the go-to songwriter for an incredibly diverse range of musicians from Adele and Taylor Swift to Weezer and Nas, he was known as that guy who sang that earworm “Closing Time.”

As the frontman for underrated alt rock/power pop band Semisonic, Wilson and his bandmates managed to put out three great full lengths and an EP before splintering off into other endeavors. Thankfully, UMe and Geffen are reminding a new generation of just how remarlable the band’s second album is with the 20th anniversary re-release. The album, which went platinum in the U.S. and hosted a slew of fantastic songs, many better than the “Closing Time” number they are best known for now. The second single, the beautiful “Secret Smile” and the more funk-inspired “Completely Pleased” or “All Worked Out,” with its heavy bursts of guitars, all come off remarkable well two decades on.

The labels have tacked on four B-sides to this new collection, all great editions, but “Long Way From Home” is probably the catchiest. This set is out on CD as well as vinyl – the first Semisonic album to get the vinyl treatment – and is a perfect excuse to rediscover the band, just as there are rumors of a broader reunion.