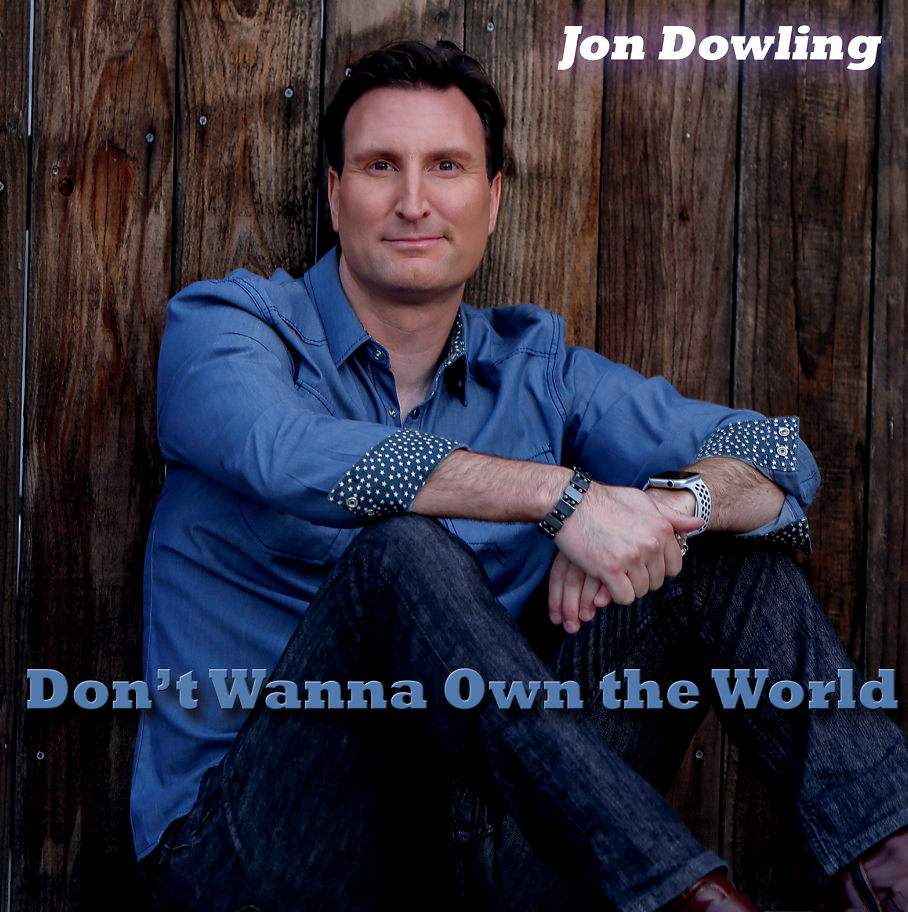 One of the reasons why more and more pop fans are turning to the indie side of the dial in 2019 is that the mainstream, by and large, has lacked the heart and emotional investment that underground artists like Jon Dowling put into their work every time that they get into the studio to make new music. Dowling himself turns over one of the most erudite compositions to debut in his scene this year in the single “Don’t Wanna Own the World,” and for what it lacks in commercialized varnishing, it more than makes up for with an original tonality that we’ve scarcely heard from his contemporaries in the United States and abroad. This is a turning point-release for this artist, and it couldn’t be arriving at a better time.

Dowling doesn’t try to soften the blow of his anthemic vocal at all in “Don’t Wanna Own the World.” Contrarily, it would seem as though he’s going out of his way to belt out the song’s most cathartic moments with a panache that surpasses anything that his album Trials and Tribulations had to offer us. His voice is sewn directly into the patchwork of a melody that the poignant keys provide, and because of the tight mix, there’s little separation between the two elements as we get into the fever pitch refrain that kicks in right around the 2:20 mark in the track. He’s wearing his 80’s pop influences on his sleeve here, but they aren’t skewing his sound with a retro-style tone at all.

The hook in the chorus is mercilessly catchy (I found myself singing it in the shower after the most cursory of listens recently), but it isn’t as over the top as the bridge that leads us into it is. Bombastic bells and whistles are almost everywhere we look in this song, and while there are plenty of occasions where Dowling could have followed his peers and taken a minimalist approach to the track’s central melody, he refutes the very notion and goes for the larger than life, stadium-rocking energy that he proceeds to straddle with a startling command. There aren’t any metallic eruptions or earth-quaking drum ascensions, but Dowling doesn’t really need them here – his voice is more than capable of generating just as much excitement without using heavy overdrive in the accompanying instrumentation.

Sleek, chic and stylishly appointed behind the soundboard, pop fanatics can’t beat what Jon Dowling is throwing down in “Don’t Wanna Own the World.” In the eleven years that have passed since Trials and Tribulations rocked a Bush-era America with its supple emotionality, its creator is sounding more adept and in touch with his artistic identity than ever before. Hopefully we won’t have to wait as long for a follow-up to this release as we did for Long Days Long Nights, but regardless of how much time it takes for this singer to build his next full-length album, I think that he would be a fool to change anything about his current style of attack. It’s taking him out of the darkness and thrusting his music into the limelight where I think it has always belonged.