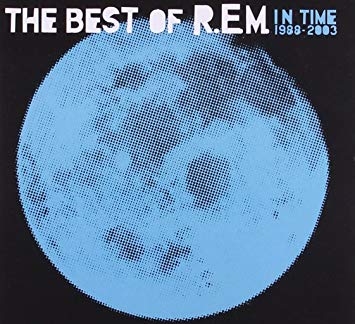 Despite breaking up nearly 10 years ago, there are still few bands from the ‘80s and ‘90s that can still command allegiance from the masses like R.E.M. Sure there are a slew of groups from that era that can brag about cult status, but R.E.M is among the few who have managed to hold on to their core early adopters from their I.R.S. years and bring along an entire generation of new fans when they moved onto the much larger Warner Bros label in 1988. Which brings us to this stellar vinyl reissue of In Time their best of 1988 – 2003 collections.

The set, released less than six months after the band’s Reveal album, covers their time on Warner from 1988’s Green up to this point. The label Craft Recordings, like they have with other R.E.M. vinyl reissues, have done a brilliant job. Released on 180-gram vinyl, they made a limited run on translucent blue – simply stunning. This marks the first time in 15 years this record has been out on vinyl.

The double LP set includes 18 songs, including two from soundtracks (the so-so “All The Right Friends” from Vanilla Sky and the stunning “The Great Beyond” from Man On The Moon) as well as two previously unreleased tracks, “Animal” and “Bad Day”. The records are housed in a deluxe gatefold jacket. Unlike many of the quickly thrown together vinyl re-releases that are almost routine nowadays, In Time: The Best of R.E.M. 1988-2003, along from being crammed with great songs, is gorgeously designed, befitting a band as important as R.E.M.