Relic Kings are Blinded by the Sun 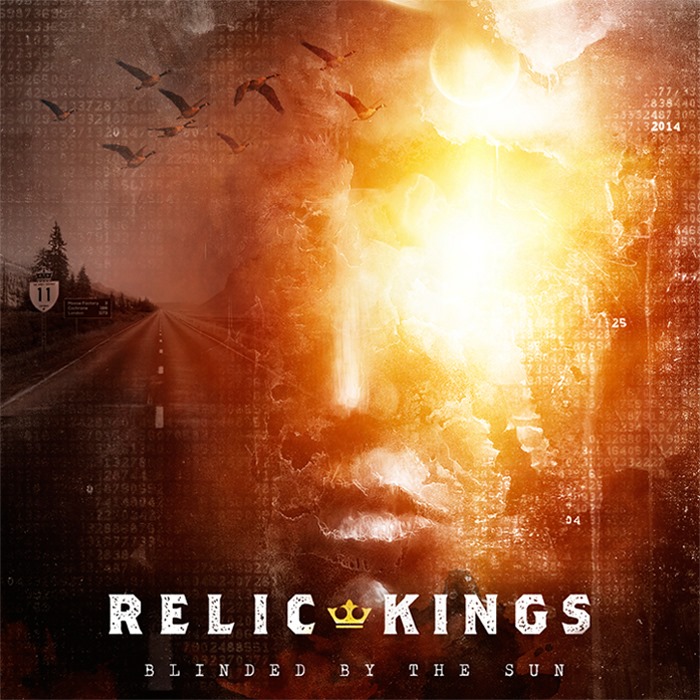 In their brand new single “Blinded by the Sun,” rockers Relic Kings expose an intimate, raw lyrical nerve without showing the slightest bit of hesitation, and though it’s only one example of the unfiltered poeticism to behold on their debut album of the same name, it likely has the most crossover appeal to listeners of different tastes and backgrounds. Relic Kings have a dynamically experimental sound, but while it borrows from several different schools, it comes across as very streamlined, well-developed and muscular in this song, which is probably my favorite from both its parent record and the band responsible for its creation alike.

The bassline doesn’t get much love from this master mix, but I don’t think that this is necessarily a bad thing. There’s a ton of physicality in the other elements we hear in this song, and if it were weighed down with heavier bass tones, I’m not sure that it would be as engaging and effervescent in style as it ultimately is in this form. Relic Kings could definitely toy with it during a live performance and turn “Blinded by the Sun” into any type of jam that they wanted to, but even in at its most basic, it’s an inspired composition through and through.

There’s a strong pop polish over the percussive parts in “Blinded by the Sun,” which yields a lot of decadent contrast with the grainy overdrive in the guitars. I wouldn’t change a thing here; with the drums creating a consistent rhythm that’s beautifully channeled through the mix, the riffs can crush us with their visceral churn, leaving the vocal as our sole beacon of warmth in the hurricane of ensuing harmonies. This is terrific songwriting, and some of the smarter work that I’ve seen or heard out of a relative newcomer in the whole of 2019.

I do think that the hook in the chorus is a little anticlimactic, and would probably sound a lot more intense live, which can be said for quite a few of the tracks on the Blinded by the Sun record. There’s not much debate as to whether or not Relic Kings are a band that need a lot of room to spread their wings, but when they do, I have a feeling that there aren’t many groups who can keep up with the potency of their mammoth material. I’ll have to wait for them to come through my town to be sure, but they certainly have a lot to live up to following the release of this epic song.

“Blinded by the Sun” is a very unique number from a very intriguing band still finding their sound, and I think that it has all the right stuff to become one of the most talked about rock singles to be released this summer. Canada’s rock underground is having an amazing year, and though it’s not quite the landmark eruption of interest that the nation’s country music scene is enjoying, bands like this one are getting a lot of American listeners interested in their northern neighbor’s nuanced alt-rock sound. Relic Kings are at the forefront of their creative circle, and this track undisputedly proves as much.