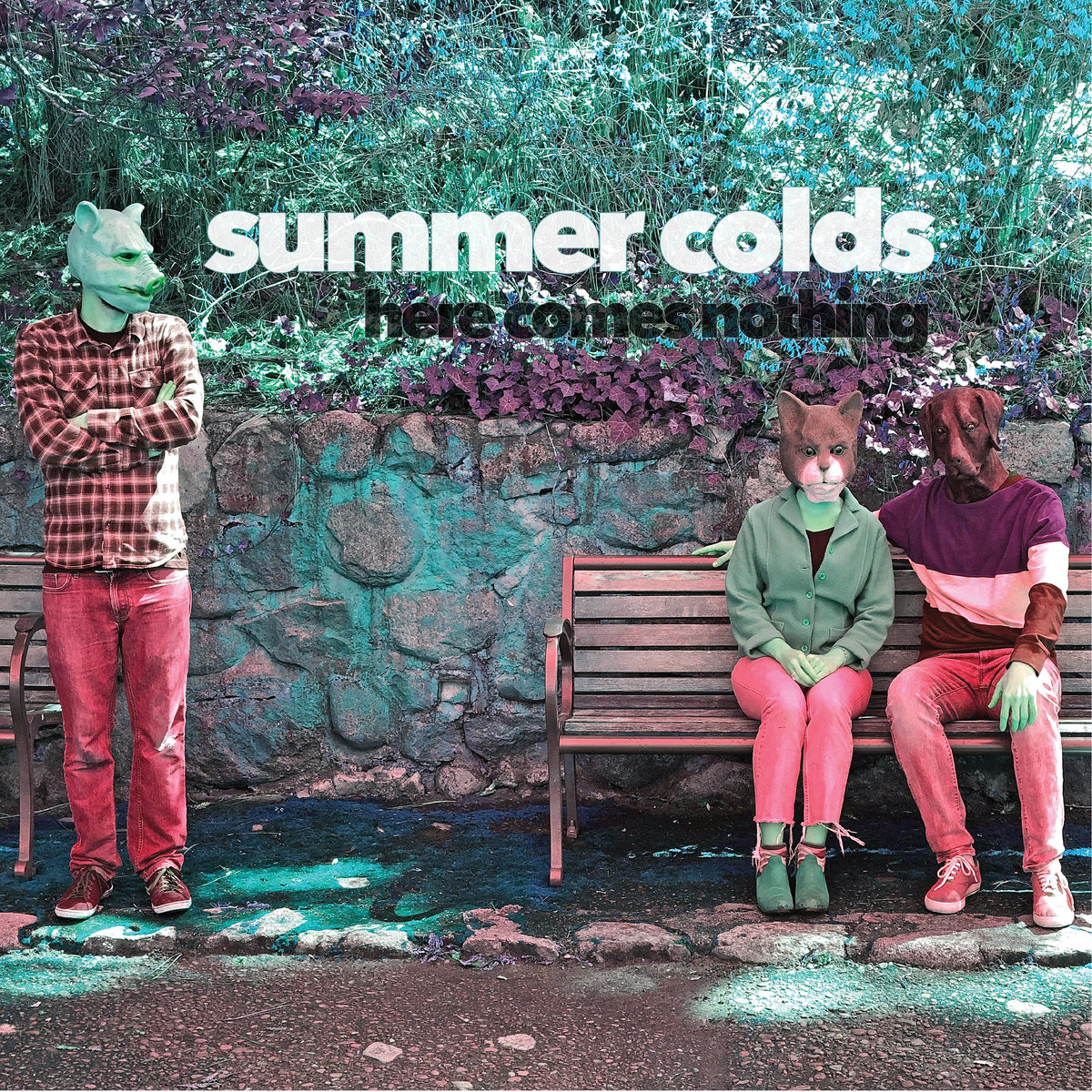 Low is the first effort on Summer Colds’ Here Comes Nothing, which unites the vocal styles of They Might Be Giants with the heavy fuzz of mid-1990s alternative. The bouncy beat that the band crafts during this intial salvo will draw in listeners, a trend that continues with Found. The refreshing take on pop-alt music like Weezer will appease fans of the style as well as those that are coming into the style. The more laid-back sound of Found is built through a chugging guitar line and splashy drums. The dynamism of Summer Colds means that fans are ferried quite far from the position that they exist at the beginning of the single.

Copenhagen is one of our favorite cuts from Here Comes Nothing. While the song starts out with a medium tempo, the band is able to ramp things up as they move into the chorus. By touching upon the Descendents and early Unwritten Law, Summer Colds are able to infuse the second half of the album with a bit of punk urgency. Killing Flies moves even further into this pop-punk mold with a stripped-back set of arrangements (guitars and drums working toward a specific sound) and a vocal sound that would make Joey Ramone happy.

Dee End whips in a bit of surf to the focused guitar riffs and punchy drums, keeping things interesting as fans move onto the final one-two punch that is Sober October and Centipedes. The hammering home of the guitars towards the final half-minute or so of Sober October is reminiscent of the late-nineties / early oughts sound of The Smoking Popes and The Red Hot Valentines, while Centipedes has an air of finality to it that ends Here Comes Nothing perfectly.