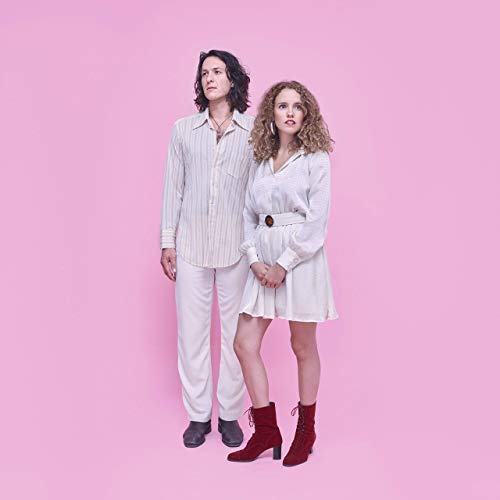 The British indie dream-pop duo have a heartfelt and wholesome story to tell us with their newest record My Resignation. This is the third record from Geowulf and is a narrative follow-up to 2017’s Great Big Blue. To cut a long story short, My Resignation is among those records which will prompt a listener to take a dive into the archives and dig out past records, and is a stellar example of refinement of songwriting and maturation of the cohesion which fuses various underground genres into a soundscape worthy of fame shamefully denied to Geowulf.

Opening with the title-track, My Resignation puts the listener into a swaying dreamy bop for the entire runtime. The signature sound of Geowulf incepted with Relapse and strengthened with Great Big Blue has reached fruition on this record, and the progression is apparent. This time around, the thematic and lyrical focus on My Resignation is a love letter to those who sit back and take account of their past and present relationships, its ups and downs, triumphs and catastrophes, and how we as a people cope with it all.

Lead single Lonely is a prime example of how to write a catchy section which does not rely on Top 40s boorish and in-your-face flamboyance. Instead the chorus of Lonely has an aetheric and therapeutic message in its chorus: “I rather be lonely, than be alone in love”, which undoubtedly has a very throwback nostalgia to listeners, especially to those in their mid-to-late 20s. The tone and delivery of the chorus presents the duality of love itself, with the weightlessness of memory and the gravity of abject sadness and reflection. Any band that can invoke contrasting feelings with sincerity has stumbled onto something worth sharing with the world, and Geowulf has successfully managed that on Lonely and many other tracks on My Resignation.

In contrast, songs like I See Red, He’s 31, and I Want You Tonight have messages which speak more of the irresponsibility that nobody can escape in the insanity of romance. The second track I See Red has the most upbeat version of crime-of-passion rage yet, which only Geowulf can fuse with a major-chord progression. There is darkness in this, and it is embellished by the baritone-range spoken verse sections. He’s 31  tells a story of making poor decisions by picking mismatched people and soars to a triumphant resolution sounding the victory of learning and moving on, before falling back into habitual behavior in its verses. Similarly, lines like “Fever, it comes with the night, Leaving my good sense behind, I want you, want you tonight” sung over an upbeat acoustic passage with a reverb filled earworm guitar lead are sections that keep bringing me back to this record.

To list the various moods and specific themes would rob fans and new listeners alike to the complete package, the experience that is My Resignation. None of this would be possible without the auteurs themselves; vocalist and keyboardist Toma Banjanin has a timeless quality to her vocal timbre and delivery that sounds modern and retro at the same time, and is altogether confusing, yet perfectly fitting to the sound that Geowulf aspires to project. Her dreamlike vocal range on tracks Evolution has a childish effervescence that harkens trust and causes a forlorn gaze into a dreamy mirage.

Multi-instrumentalist Star Kendrickprovides the entire scenery over which Tomacan regale her tales of heartbreak, loss, and recovery. Acoustic sections with ambient keys adorn the verse sections on most tracks on My Resignation. Although Geowulf is primarily vocally driven, Starlives up to his namesake on sections on I See Red and on deconstructed ballads like If Only I Could Feel It, although again, Toma’s chorus is so weighty it is indeed a struggle to focus on the instrumentation.

My Resignation is the soundtrack to the rainy days we spend looking out the window, gazing glassy eyed at nothing in particular, but looking back at how far we’ve come, fighting heartbreaks, loneliness, happiness, rage, and every other positive and negative emotion none of us are stranger to. Congratulations Geowulf! you have crafted a record which, after listening, we are forced to take a deep breath, pick up our mugs of hot chocolate, and hope for a better tomorrow, with those we love the most!

Favorite Tracks: Lonely, I Want You Tonight, If Only I Could Feel It.