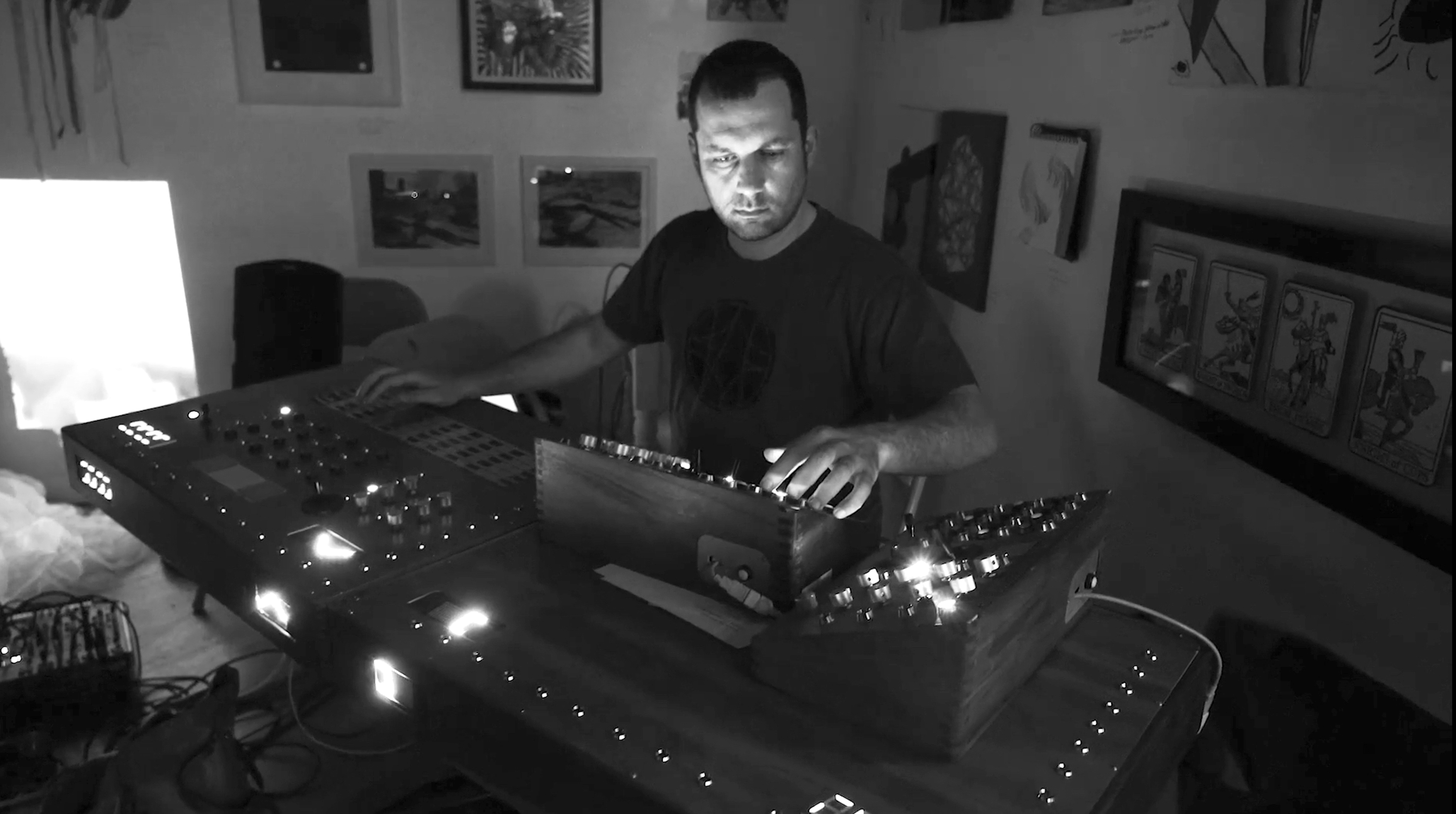 Smomid’s Pyramidi Scheme is the latest electronic-themed release from guitarist Nick Demopoulos and his most defiant release yet. I use the word defiant, but it isn’t aggression. His defiance, instead, manifests itself as a resolute refusal to give more than passing acknowledgment to conventional musical structures and instrumentation. Smomid, instead, prefers to follow the road less taken. There are some tracks recorded for Pyramidi Scheme with familiar sounding elements, even melodies, and compelling percussion tracks delivered via technology rather than conventional drum kits. His experience as a respected guitarist gives the album’s ten tracks a solid grounding in fundamentals which gives him the license to venture far afield from those time-tested standards.

“Message to the Moai” is one of the album’s more nominally conventional moments. It isn’t a warm inviting piece, but it does have a familiar approach built around a central melody Smomid uses as a platform for extending the possibilities of such structures. Demopoulos is never content taking a straight or linear approach to music composition and following his instincts plays a pivotal role in how these compositions develop. His bent towards improvisation likely means that no two performances of these tracks will sound alike and “Message to the Moai” is no exception.

“Ziggurat” is one of the album’s most imposing moments and, while never busy, applies unrelenting pressure on listeners early on. The performance is reminiscent in some ways of what you might hear on the soundtrack for a horror film – dread and danger seem to lurk around every sonic corner and you never know when Demopoulos may pull the rug out from under listeners. It is an interesting, but never comfortable, listening experience. There isn’t quite the same sense of foreboding defining the following cut “Pyramid of the Sun”, but it pushes an unsettled tone nonetheless. It brings a strong ambient influence together with energetic percussive swaths of computer notes. Demopoulos weaves these varied threads into a complementary presentation.

“Mountain of Light” has the same kind of approach expressed in a different fashion. It pairs well with “Pyramid of the Sun” without repeating it but has a weaker ambient sound mixing in with the electronic motifs. Smomid offers listeners some respite from the hard-edged electronica with the track “Gate of the Sun” – instead of an uncompromising electronic attack, the performance has a more melancholy color and gives listeners a chance to breathe. Demopoulos moves the album back in a darker direction with “The Watchers”. This track invokes the same looming sense of disaster shaping the earlier track “Ziggurat” and has an extended running time to help it realize its aims.

“Age of Leo” brings Pyramidi Scheme to a close underlining Demopoulos’ understanding of an album’s need for dynamic diversity. It has much of the same relaxed texture we hear with the earlier song “Gate of the Sun” but there are more layers here and a higher musicality any listener will recognize. I am impressed with this release though I admit some cuts wowed me much more than others. Smomid’s Pyramidi Scheme is one of 2019’s most unusual releases.