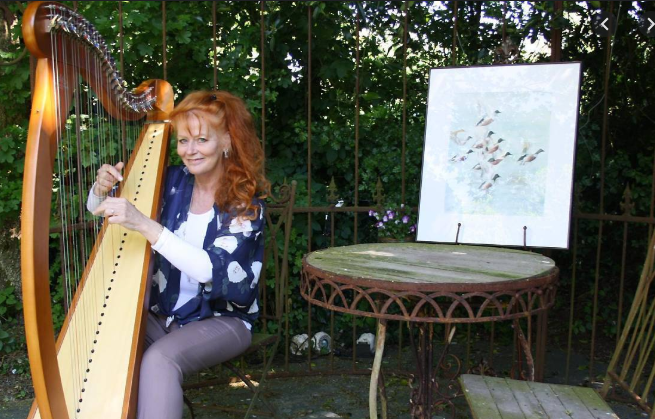 Sonja Béets has devoted the better part of her life to creativity, and in her most recent work – the gilded “De Stad” – we get an up close and personal look at the fruits of her labor in high definition stereo sound. “De Stad,” a cut from Muzikale Stadswandeling, asks us to sit at attention amidst the unfurling of melodies that are at once cunning and simple, cruel and comforting, anguished and full of cathartic presence, and in its three-minutes of running time, we’re introduced to a style of classical music that has been overlooked by the mainstream for far too long now.

“De Stad” does not require a formal introduction to the classical genre in order to access its emotional narrative – quite the opposite, truth be told. This is a seamlessly arranged, easy to understand operatic wonder that steers clear of pseudo luxuries and over the top theatrics in a plea to something much more instinctual and human. You don’t have to be the biggest classical enthusiast in the world to enjoy its nuances, but for those of us who are constantly in the running for such a title, it’s one of the premier selections that I would recommend to listeners both young and old this October.

For the part of vocals, Sonja Béets called upon Joke de Vin to record “De Stad” with, and there are moments where the latter’s performance is even more expressive than the former’s is (a rare occurrence in this variety of old world melodicism). There isn’t an occasion on which either party is underwhelming in their aesthetical statements here, but for what Béets boasts in surrealism her counterpart features in an imaginative vocal that is clear, concise and multi-interpretive well beyond the limitations of linguistics. I’m impressed with their connection here, and would love to see it revisited in another recording somewhere down the line from now.

Aside from the substance of the composition, “De Stad” is a very well-produced piece of music that feels warm and intimate through and through. You can tell that there was zero augmentation or soundboard filler inserted into the fabric of these melodies; in fact, I would even say that this is one of the cleanest examples of robustly-produced classical music that I’ve had the pleasure of taking a look at this year. There are plenty of composers doing what Béets is right now, but few that are showing the keen attention to detail that she is in this lovely track.

If you live for classical music above all other genres, you definitely will want to check out what Sonja Béets and Joke de Vin are issuing in their collaborative “De Stad.” Both its operatic vocals and tense piano play are some of the most endearingly melodic elements that any listener could hope to hear in 2019, and even though they probably won’t please everyone (due to no fault of their own), I think that this pair’s devotion to their medium alone makes this song worth all of the hype that it’s received and then some. Time will tell for certain, but I doubt this is the last we’ve heard from Sonja Béets.

The music of Sonja Béets has been heard all over the world due to the promotional services offered by Danie Cortese Entertainment & Publicity. Learn more here – http://www.daniecorteseent.com/