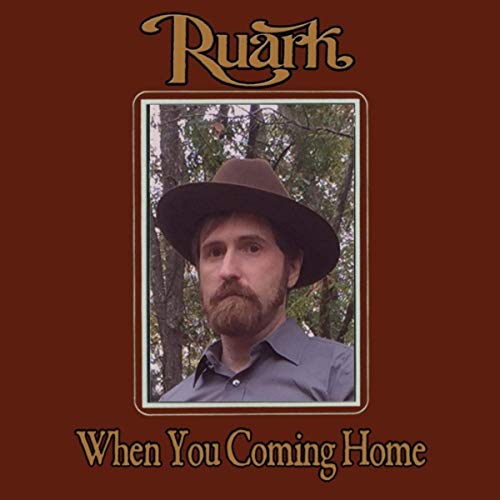 Gusty grooves adorn the string balladry of “Never Apart.” Discordant minor-key harmonies make merry with a happy-go-lucky swing beat in “Never Miss.” Ruark seduce us with a glowing melody in “Naturally,” the staggering “Sick of It,” “Time Wouldn’t Waste Away” and the title track of their new album When You Coming Home with as much ease as they do when provoking thoughts unique to every listener in a contemplative “Sweet Senseless World,” exotic “Dry October Noon,” smothering “Jack of all Trades” and surreal, J Mascis-like “In His Hands,” and while theirs isn’t the only fascinating new folk record hitting shelves this January, I personally think it’s one of the more important on the American side of the Atlantic. When You Coming Home is an LP that challenges us to connect with components of any given track that other artists would just as soon have us ignore, mostly for fear of overexposure, and though I would be lying if I said it wasn’t an incredibly involved listen from start to finish, it’s one I would recommend enjoying this year regardless of the listener’s interest in the genre.

Lyrics are frequently enigmatic but not self-absorbed in unsolvable riddles in Ruark’s rookie album, with some songs like “Never Apart,” “Sweet Senseless World” and “Naturally” capturing the slightly psychedelic nature of the poetry better than the other tracks do. Virtuosity doesn’t have much – if any – of a role to play in the big picture here, but when you’re experimenting with the harmonies that we find so plentifully in “Jack of all Trades” and “Time Wouldn’t Waste Away,” you don’t need a lot of extra pomp and polish to make a big impact on the audience. There’s a lot of natural texture to the strings and other elements in the band that were left untouched by the meticulous hand behind the soundboard, and even in the mix’s most calculated of moments, we’re never feeling as though we’re being overwhelmed with a lot of unneeded bells and whistles. We’re forced to draw our own conclusions from the music and lyrics in these songs, which isn’t something that can be said about the dreadfully mundane content you’ll hear on three out of four FM stations nowadays.

If When You Coming Home is a decent preview of what’s to come next for this emerging band of deeply talented players, Ruark Inman’s eponymous collective is going to be doing some big things in the 2020s that will leave scores of their closest rivals in and outside of the underground green with envy. There’s definitely a special energy to the music that they’re stirring up together in this first record, and while I think they’ve got a long way to go in terms of rounding out their sound and maturing the lyrical edge they’ve got to be all it can be, songs like “Dry October Noon” and the title track in When You Coming Home present us with one heck of a good start. I’ll be keeping them on my radar through the next couple of years, and I’d tell other alternative aficionados to consider doing the same.