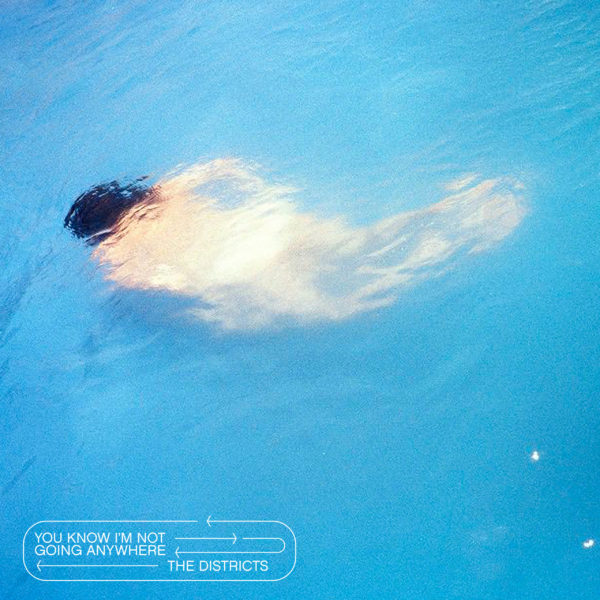 The Districts today shared the Laura-Lynne Petrick-directed video for new single “Cheap Regrets,” the second from their forthcoming album You Know I’m Not Going Anywhere, which will be released on March 13th, 2020 (Fat Possum). “‘Cheap Regrets’ is some late capitalist nihilism channeled into a Districts dance party. It’s about the extremes of American culture constantly reinforcing the self,” explains singer/guitarist Rob Grote of the kinetic track. “The mirror reconfirms you. It’s all iPhone, selfies, and mirrors. Sell yourself baby. The consumer gets consumed. I wanted people to dance together to a song about alienation to find some collective transcendence in that.” The song follows the Philadelphia band’s slow burn, anthemic first single “Hey Jo,” which arrived in mid-November. You Know I’m Not Going Anywhere—produced by The Districts and frequent collaborator Keith Abrams, and mixed by Dave Fridmann (The Flaming Lips, Spoon, MGMT, Tame Impala)—is available for pre-order.

The Districts’ North American headline tour in support of the album begins on March 4th in Charlottesville, VA, and includes stops in Brooklyn, NY (3/13) and Los Angeles, CA (4/2). See below for a current itinerary.

Written after playing nearly 200 shows over two years in support of their 2017 album, Popular Manipulations, You Know I’m Not Going Anywhere almost never arrived. As they began to contemplate a new album, Grote and his longtime bandmates Pat Cassidy (guitar), Connor Jacobus (bass), and Braden Lawrence (drums) faced a transitional period that was painful for both personal and professional reasons, and found themselves fatigued and disoriented as a group. The Districts were forced to rethink everything. “This album was written as an escape and as reassurance. I was falling in love with someone new and trying to juggle this desperate desire to escape with the need to show up in my life. It’s pretty damn hard to be present and completely checked out all at once,” Grote explains. “It felt like much of my world had reached such a pitch that all I could do was try to tune it out. I felt really uncertain about the future of the band and super detached from much of what I used to identify with, on a personal level and with our music. I was thinking, ‘Do I want to keep doing music?’ ‘Do I want to keep doing it in this context?’”

While You Know I’m Not Going Anywhere builds on preceding albums, it takes an ambitious leap to a new level, exhibiting a widened sense of experimentation and expansiveness at its heart. There’s Rhodes, Mellotron, strings, samples, drum machines, tape loops, Wurlitzer, “ambient swells,” piano, synthesizers; Grote lists 12 instruments next to his name alone. Pulling from the propulsive Popular Manipulations, the jagged indie rock of 2015’s A Flourish and a Spoil, and the rootsy vibe of their 2012 debut, Telephone, the band here followed their creative instincts every step of the way, resulting in their most sophisticated and adventurous record to date.