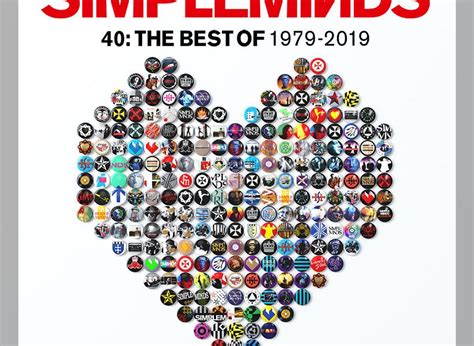 Simple Minds may best be remembered in this country for the outro song that gets played during the final shot of The Breakfast Club – a track that has almost become shorthand for Generation X rebellion, played at school reunions to this day. But as many in Europe and elsewhere outside of the U.S. realized decades ago, the Scottish band has an exhaustively large cannon of music that pre-and post-dates that mid ‘80s gem. This exhaustive three-CD set of 40 songs spanning 1979 – 2019 is a perfect proof.

Yes, “Don’t You (Forget About Me)” is here (13th track on the second disc), but it’s surround by dozens of equally impressive tracks, a mix of fast-tempo dance rock songs and slower ballads, that deserve attention. Their other U.S. hits are represented – “Alive And Kicking,” “Sanctify Yourself” and “All The Things She Said”- but long after American audiences relegated the band to the “‘80s pile,” Simple Minds continued to churn out album after album up until 2018’s stellar Walk Between Worlds. Group founders, singer Jim Kerr and guitarist Charlie Burchell, have remained in the line-up throughout it all.

Also included in this set are acoustic versions of “Waterfront” and “See The Lights,” two fantastic performances. Simple Minds clearly deserves to be remembered for more in the U.S. than being a shuffle list nostalgia group. This definitive collection is all the proof you need.