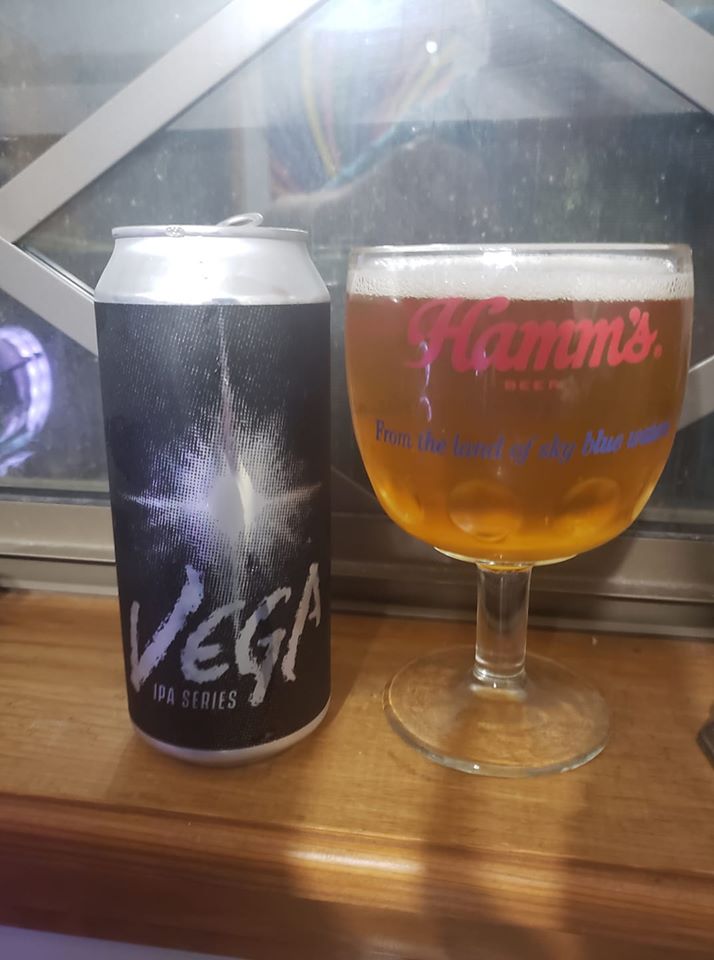 Ecluiptic has crafted one of the most hop-forward india pale ales that we’ve had opportunity to evaluate in the last few years. Every drop of lupulin, every bit of bitterness is essential for making this stand out among the countless IPAs that are cluttering up store shelves at any given moment. The brew pours with a goldenrod to outright gold coloration and only the smallest amount of white head. The nose is fairly nonscript, hiding quite well the bountiful hop essence that permeates the stuff. Eclitpic has included a blend of hops that is world-reaching, linking together Mosaic, Amarillo, Galaxy, Strata, and Vic Secret types. While Vega #6 is only pegged at 45 IBU, there is a robustness to the resulting brew that will work admirably when paired alongside strong-flavored cuisine, nuts, or cheese.

Vega #6 is one of those rare efforts that is able to maintain its overall flavor profile no matter where one may be at in each pounder. Where IPAs that fall below the 7-8% ABV typically allow in more than their fair share of sugar and cloying sweetness as they flirt with warmer temperatures, Ecliptic’s latest is able to maintain the assertive flavors and robust mouth feel of Vega no matter exactly how far one may be in their experience.

If one finds themselves a bit bored of the lactose and other “modern” iterations of the India Pale Ale style, they should search out their own cans of the new Ecliptic brew. It really calls back to a period when hops were piney, citrusy, and tended to throw imbibers for a loop. Check out the full panoply of information about Ecliptic at their website; further notes and information about their year-round and seasonal brew is accessible there.