R U IN by (HEARTOUR) Jason Young 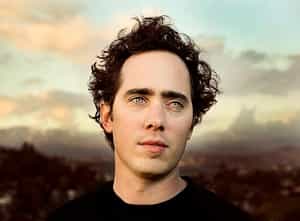 Jason Young wears many hats. He is bandleader of The Ruse, a project who opened for global powerhouse Muse on three separate world tours, but he has another long standing project called Heartour and its fifth release R U IN in may be his finest musical achievement yet. The Connecticut born singer, composer, and musician turned back to Heartour after placing The Ruse on hiatus and the resulting ten songs should solidify his standing as one of the most talented songwriters working in popular music today. R U IN, despite its essentially DIY nature, has a level of production quality any marquee act would be happy with and even a cursory listen reveals how Young likely slaved over these recordings in an effort to best express his vision.

The first track that made a big impression on me is the second song “Refill the Fountains”. It’s almost as if Young reimagines funk music with strictly electronic backing rather than a traditional band configuration and it packs quite a wallop. Young is clearly having the time of his life singing songs such as this and the obvious relish he pours into each line accentuates the hard hitting nature of the recording. He makes an equally sizable impression with the track “Dreams to Come”. It shares some of the same hard hitting nature of “Refill the Fountain”, but Young changes his approach somewhat and pursues more orchestrated ends with this track – there’s a strong ebb and flow in the arrangement that will garner many listener’s attention.

There’s a lot of impetus propelling the track “As Far As We Go” forward and the energy level makes it one of the most effective tracks on R U IN. it has one of the qualities consistent in many of the album’s tracks, interesting percussion, and Young approximates its strident edge without ever crossing a line. “Bubbling” eschews the all-out aural attack we hear in many of the other tracks in favor of a toned down approach and the artsy musical take Heartour achieves with tracks such as this provide a valuable contrast for the more muscular efforts.

“The Persuadable One” is one of the album’s most interesting efforts because it manifests a much different demeanor than other tracks. Young ‘s lyrics reach a new level with this performance It has a much more vibrant musical attack than a handful of the preceding tracks such as “Bubbling”. The last cut on R U IN is “Baby Spiders”, a thoughtful song both musically and lyrically with a decidedly inward look tilt and image-laden lyrics. Even devoted fans of traditional instruments will find something to recommend Heartour’s latest release if they keep an open mind. Jason Young’s songwriting prowess doesn’t show any appreciable limits and he brings immense musicality to each of R U IN’s ten songs. He’s a compelling artistic voice no matter what moniker he works under and Heartour’s latest is arguably their finest effort yet./Let’s hope there are more releases to come from this spectacular act.