“Come As You Are” (single) by Mad River 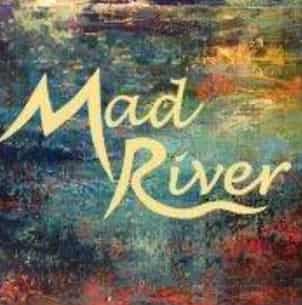 In their new single, titled “Come As You Are,” Mad River deliver an unquestionably uplifting listen devoid of any over the top theatrics that separate true hits from fleeting trends. From the get-go, there isn’t a speck of pessimism to be sifted through in these lyrics – Mad River have a lot to get off their collective chest, but of all their emissions, negativity influences none of them. There’s a sense of freeing catharsis that follows every word we hear in this track, and that’s definitely more than I can say for some of the biggest chart-toppers in pop this summer.

“Come As You Are” is built on top of an incredibly simple melody, but to be perfectly honest, I think this approach to melodic faceting matches up with the black and white lyricism here wonderfully. There’s never any discord between the flow of the verses and that of the instrumentation; if anything, the seamlessness between them feels a little synthetic in a few spots (only because of how even everything in the mix sounds). Mad River aren’t playing with a lot of unneeded fat in this song – if anything, they’re cutting anything and everything that would water-down the narrative from the music.

Everything revolves around the vocal in “Come As You Are,” but this isn’t to say that the instrumental presence is somehow lacking in explosiveness (nothing could be further from the truth). Instead, I think it’s important to point out just how strong a linchpin the singing is here, if for no other reason than to appreciate how profoundly pivotal it is to every exciting twist and turn we encounter in the music. There are a lot of folk-rock units that construct their best material around a colorful crooning, but few that I’ve listened to in 2020 that have as defined an attack as this crew does.

Despite the plethora of instrumental components in this mix, I wouldn’t say that “Come As You Are” ever feels overwhelming. Thanks to the meticulousness of the arrangement, we’re never presented with too much of any one element over another; every sophisticated string part is met with something just as sensuous and complex from the keys, vocals or percussion. From the bassline to the relationship between our singer and the electric guitar parts, everything here has a specific role to play, and for the most part, things go off without a hitch between the start and finish lines.

In a season filled with a lot of grim lyrical content, Mad River are bravely issuing just the spot of sunshine that we needed this June with “Come As You Are.” Whether it be the plaintive video for the track or the harmonies that the song boasts all by itself, there’s something guaranteed to put a smile on your face in the latest release from this up and coming Canadian folk-rock group, and I don’t think I’m the only critic saying so right now. Simply put, they’ve got a great energy, and they’re making the most of it marvelously in “Come As You Are.”