Too Bright to Fade Away EP by troubadour Reed Waddle 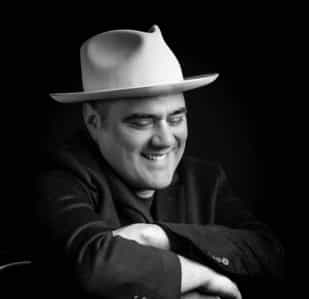 In his new 2-song EP, Too Bright to Fade Away, troubadour Reed Waddle experiments with elements of easygoing folk/rock and indie pop to forge a fantastic pair of ballads more than worth your time this summer. Both the title track in Too Bright to Fade Away and its counterpart in “Bells of Brooklyn” borrow a lot from the Bakersfield sound of the 1970’s, as well as a dose of tempered, Neil Young-style poeticisms, but neither qualify as straight-throwbacks by any measurement. Reed Waddle is getting deep and looking inward in his new extended play, offering us further evidence of both his authenticity and his credibility as a modern singer/songwriter.

The vocal is easily the most defining element in both of these tracks, but I wouldn’t say that it steals anything away from the instrumental magic in the backdrop at all. “Bells of Brooklyn” sports a rollicking string groove peppered with a mild piano harmony, and while Waddle’s voice is honeysweet in this song, it never interrupts the even flow of the melodies serving as the canvas to his vocal’s brush. Balance means everything in this strain of music, and it’s something this player clearly valued quite a bit when composing these latest treats.

While “Bells of Brooklyn” feels a little more retro than the title cut does, both of these tracks are touching on an old school singer/songwriter territory that I would love to hear Reed Waddle explore a little further in his upcoming LP. In the sixteen years that have passed since the release of his debut, he’s become quite adept at managing a bucolic framework without indulging in over the top Americana (a common theme among many of his contemporaries in 2020). He’s dishing out some of his most well-rounded material thus far in this disc, which is definitely saying something if you know his discography.

A lot of quality players are coming out of the American underground this season, but if you ask me, this is one studio veteran that is raising the standard for both himself and the scene that spawned him with the release of Too Bright to Fade Away. Both a teaser for his new album and a worthwhile set of melodies in its own right, Too Bright to Fade Away is quite telling of where Reed Waddle currently stands in the hierarchy of indie singer/songwriters, but perhaps more importantly, it confirms his position as a go-to source for sonic treasure this summer.