The Brothers Union’s Pain and the Opposite LP 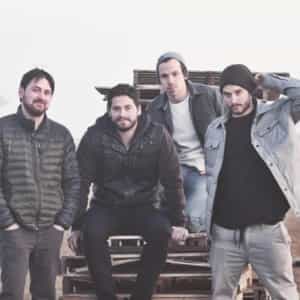 A tidal wave of beautifully overdriven riffage comes crashing into a vocal harmony as delicate as a strand of silk in one track, while another features glowing kaleidoscopic melodies that ride atop a smooth beat as though they were always meant to be joined in sonic matrimony. As indebted to the storm rock of Pelican as it is the vulnerability of Unknown Pleasures, The Brothers Union’s Pain and the Opposite is scarcely dull and consistently one of the more sensory-stimulating pop/rock affairs you’re going to listen to this year. From its stirring opening track, “A Thousand Tiny Cuts,” to its unforgettable closer in “Brothers,” this is one LP that leaves all the filler on the sidelines in the name of reintroducing one of the Jersey underground’s most promising young crews.

There’s a lot of muscularity to the melodicism in “Scarecrow,” “Run,” “Addicted to Your Love” and “Here’s to Better Days,” but the counterbalance between the heavy instrumentation in these songs and the soft, almost fragile lead vocals prevents negative overindulgences from ever entering the big picture. Even at their most creatively liberal, The Brothers Union are adhering to the basic concepts of alternative rock simplicity in Pain and the Opposite, making the most of the space they’re afforded in tracks like “The Patient” with poeticisms and riff-oriented catharsis that expounds upon the emotionality of any given narrative here. They came into this record with a solid game plan, and their execution is undeniably as spot-on as I could’ve asked for.

Alternative rock hasn’t had a credible hero in some time now, but it very well could have a new group of faces to look towards thanks to the amazing work of The Brothers Union this summer. Comprised of two sets of brothers, this band has a chemistry that can’t be willed into existence, no matter how dedicated the musicians, and they’re exploiting this aforementioned chemistry for everything it’s worth in Pain and the Opposite. The efficiency they showcased in their last EP, Silhouettes, is very much intact, but more important than this, their creative limitations appear to have been thrown out the window – as I see it, The Brothers Union are planning on breaking boundaries on a regular basis.