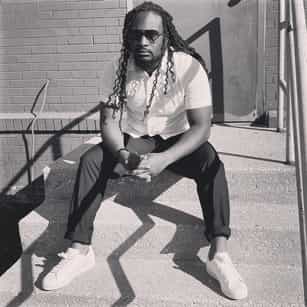 What you believe is your business. For many believers, the business of believing isn’t a business at all, it’s faith. Put together with music, the inspiring words and conviction of one can indeed add conviction and confidence to many, many people. Antwan Jenkins, a Christian singer and songwriter from Indianapolis, has a spirited effort in both of his new songs “More Of You” and “Victory”. Will Jenkins convert you? Maybe. That’s your business.

“More Of You” is a ballad of epic proportions. On the first listen, Jenkins’ simple piano and percussion music base is ordinary. It’s very endearing and hones in on the idea of a natural, soothing sound. You might hear the same notes in your head if you were just out enjoying nature. He captures an uplifting tone. It’s a bit of a slice of heaven. We need your power to help us, Jenkins sings. Jenkins wrote the words and the music, and his role as a preacher and community church leader serves his listeners the same way he serves the Lord. He unveils his feelings, he holds his hands out as a way of letting down his guard. My take on the song is that literally, he’s asking God to bless more people with His love. Give more people hope and faith, Jenkins infers. The song is tight, and a primer to the jazzier, faster-paced “Victory”. This song does its job of connecting you with something besides your own thoughts.

When “Victory” starts it’s apparent it’s going to be a more spirited ride. The song is draped more in an almost rock and roll flavor – faster percussion, electronic keys, guitars and a party-tone. If “More Of You” is a morning devotion, than “Victory” is a nightly prayer. In “Victory”, Jenkins cautions the listener that it’s the devil doing his dirty work if you’re questioning or hesitating in life. I think Jenkins is inferring that the listener is faltering on his or her faith, but the concept certainly applies to other scenarios. Jenkins, the worship leader at New Life Community Church of Truth, I think, conveys his own inward reflections and what he’s probably heard from parishioners. I like the idea of preaching to song. “Victory” doesn’t feel ‘churchy’ to me, it felt

So many articles and reports are being written about younger people leaving church, or joining new-fangled churches that oppose the structure and upbringing of their parents. Maybe so, but artists and singers like Antwan Jenkins’ approach to faith cannot be ignored. I can easily see these songs as further his recruitment and I’m not saying that in a negative way whatsoever. I think listeners of any genre (with the exception of explicit rap, of course) will really take to Jenkins’ voice. He sings with clarity and the natural nuances and cadence is his voice is very inviting. At the very least, Jenkins opens the conversation and lets you in with open arms. His voice, well it’s not business as usual. He’s the exception.