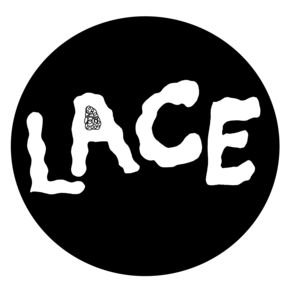 2020, in more ways than one, has felt like the year of the millennial soul revival movement reaching its climax after about a half-decade of inching towards the summit, and to understand what I’m talking about, I recommend picking up Lace’s new EP Liar’s Notebook this fall. Among some of the other elite debuts to have hit record store shelves in the past ten months, Liar’s Notebook is perhaps one of the most engaging and evocative soul efforts I’ve listened to myself, and this has almost nothing to do with any of its surface-level charms. There are certainly a lot of fireworks in Lace’s rookie affair to write home about, but if pressed to cite only one reason to give it a chance this month, I would say its compositional integrity stands paramount.

The vocal is so relaxed in all four of these songs, but in “Remember,” I think we get the clearest picture of what Lace can accomplish when nothing is preventing them from getting uber-experimental in the studio. Nothing is unfocused in any of this content, and in tracks like “Liar Liar” and “Bird,” which both feature Emi Desire, the arrangements are so meticulous that it’s easy to zero-in on any specific detail within the mix without having to turn your volume knob up. There’s a swagger in this disc that stops well short of arrogance, and that’s not a typical find in any genre of music nowadays (let alone something as explosively impactful as neo-soul has been lately).

“Lima (featuring Alina Sarna)” has a vivid bass presence that reaches right through the speakers and demands a reaction out of even the most casual of listeners, and yet the groove in the song never sounds overly-steeped in tonal muscularity. Admittedly, this is another aspect of musicality that has been a bit of a struggle for Lace’s closest rivals in the underground on a growing basis, and it was probably a deliberate action on the band’s part to make sure they weren’t repeating a horrible trend. They’ve got an agenda they’re trying to push as artists, and in order to make their mission happen, there isn’t any room for the kind of showboating or needless filler a lot of other acts would just as soon design an entire career around.

A breathtaking combination of cosmopolitan L.A. soul and South Indian grooves that evoke a jazz sensibility I really want to hear more of in the future, I would say that Lace’s new extended play Liar’s Notebook qualifies for nomination in any debut of the year award category across the board in 2020. This is by far one of the most well-rounded EPs I’ve heard since the start of the new decade, and whether you’re a fan of modern soul or not, it boasts the kind of harmonies that don’t ask anything out of the audience in exchange for a chill-inducing listening experience. This group is on my radar moving forward, and I don’t think I’m going to be the only critic to have said so by the year’s end.