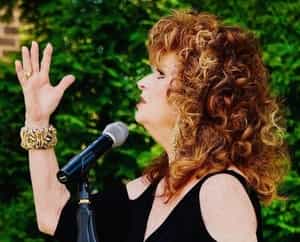 Midnight Escape is an effort that showcases Barbara’s considerable vocal range. During this track, Santora does more than weave a narrative over the course of three minutes. Rather, she’s easily able to add to the overall melody established by the piano and drums. The overall spirit of Midnight Escape is one of a smoky jazz club; one could easily imagine the track being included in some middle-century detective or noir film.

On Your List begins with some soulful guitar work in the vein of Carlos Santana. Barbara’s voice adds a fantastic counterpoint to the aforementioned guitars. Uniting these two has to be the bass that bundles up the track. The track does continue with a fair amount of traditional jazz influence, but there’s so much more to the song than adherence to a singular genre. This means that there are nods to 1970s pop and even storied acts like The Carpenters. As was the case with Midnight Escape, the instrumentation that listeners will experience when they put on On Your List is amazing. The interlude that occurs at around the 2:30 mark of the single is some of the most taut and effecting that we have heard, uniting the two sections of the track in a delightful way.

Bonus Review: “Have Yourself a Merry Little Christmas”

Barbara’s take on the holiday classic Have Yourself a Merry Little Christmas is timely as well as in line with the same dedication to performance that we had noted previously in Midnight Escape and On Your List. Putting her all into the song for (around) six minutes, there’s no rush for Santora. By providing listeners with such a focused and experimental take on this standard, she is able to permanently add her own unique flair to the track.