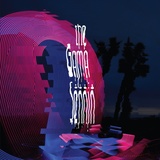 The Gama Sennin’s Trigger Finger calls back to late-1990s rock in the vein of Cracker and Jet. There’s a bit of guitar fuzz, a whole lot of charisma, and an assertive swagger to the band that makes it easy for the act to slot onto hard rock rotations. With influences as wide-reaching as Monster Magnet and early Foo Fighters, The Gama Sennin are able to create a unique sound in their Trigger Finger that will stand boldly against the frame of modern music. This emphatic and hooky track moves into a brooding, echoing sound as the act moves into the bridge, a decision which ultimately allows the band to end their Trigger Finger as emphatically as they had began.