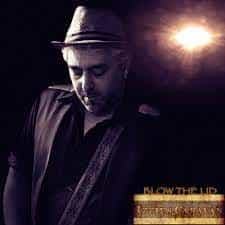 There’s something remarkable about the entire world coming to a complete standstill for just about a full year due to a global crisis. The amount of togetherness experienced in the face of a daunting, truly antagonizing force was something to cherish and the way that folks who might have lost sight of their artistic ambitions or creative spark were able to slowly whittle themselves back into creative form with the newfound free time foisted back into their hands.

For Izzie of Izzie’s Caravan, he had long since forgotten about the importance of music in his daily life in the aftermath of his prior musical project going on hiatus over a decade prior, but life has a funny way of calling you back out, doesn’t it? Sure enough, before you could say their name in full Izzie’s Caravan found themselves getting in formation and putting feet to the pavement. A couple of EPs later and a mixed bag of singles under their belt, the time was right to record their first full-length album as a group. The result ended up coming about in the form of rock knockout Blow The Lid, a substantial and understated blowout album coming in at an unsuspecting eight songs in length. Upon a first cosmetic glance, it might not look like much but its contents more than make up for the supposedly scant packaging as the opening track “Roadkill Rita” enters the room and all but punches you square in the nose.

The songs that follow don’t concern themselves with picking you up off the floor, either, as they choose instead to joyously parade around your gobsmacked corporeal form laid out on the floor; entries such as “Stick It To Ya” throw low blows that feel as tied to the blues genre as they do to classic rock, a through-line for the overall aesthetic of Blow The Lid. When the band isn’t entirely consumed with giving homage to blues-rock greats such as Eric Clapton or John Frusciante (two tried and true pieces of Izzie’s guitar-playing DNA), they’re steadily dishing heaping portions of layered song compositions onto listeners’ plates. The song “Blow The Lid” experiments with pacing and time signature dilation most notably, but the entire album revels in its ambitions to throw everything at a wall to see what sticks. There’s never a lazy, straightforward pitch from the band which is pretty remarkable considering their age as a musical formation.

As far as the future of Izzie’s Caravan goes, it’s difficult to assume; you know the old saying. Coming out of a group that entered an indefinite hiatus, bandleader Izzie might be hesitant to tie himself down to a long-standing band, but his intentions on the band’s website feel fully formed. He states the desire to create for himself first, and if others come to enjoy the pieces he puts out, or if they don’t, he’ll be happy regardless. It’s an admirable approach, but something tells me Izzie’s Caravan is about to have to invest in a bigger stagecoach with the number of fans that’ll have jumped on their bandwagon.