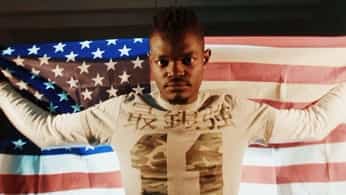 See Your Shadow was inspired to name themselves so, due to the Birthday of frontman, Michael Coleman.  He was born on Groundhog Day, so it seemed like a natural nod to the enduring Punxsutawney Phil. Originally formed in Ohio, See Your Shadow migrated to Phoenix and switched genres, in the process. Originally an Electronica band, Coleman embraced his inner cowboy, and turned the band, Country, to what so far seems to be a successful transition. Regardless of genre, SYS have shown a tremendous talent and aptitude for songwriting.

The newest single by See Your Shadow is “It Starts With Hello.” It’s a socially conscious piece, that hones in on the importance of a greeting. It’s funny how often we forget that almost every new relationship begins with one word, hello. SYS doesn’t cite any particular experience or cause as being at the heart of “It Starts With Hello.” They say it’s simply to put the growing matter of diversity into a poignantly simple perspective.

“It Starts With Hello” is tight, well arranged and delivered in just the right tone. Fittingly, SYS keeps things simple, with balanced and modest performances. We get a guitar solo and a keyboard interlude, that while in some ways seem like overly standard fare, are well done enough to homologate. The lyrics really lean on the idea of acceptance and the right words just seem to flow throughout the entirety of the piece. Empathy trumps hate/when you choose to relate/to a life that’s not your own.

It’s an oscillating opinion on whether this song is “radio ready”. In the streaming era, we are regularly confronted with the idea of exactly what sort of pertinence radio plays in an artist’s career picture. This song’s message is one that would only purify societies moral ecosystem, so ideally it would be heard in as many places, as often as possible. If content is king, like the business majors like to say, then “It Starts With Hello,” should hold substantial equity. Perhaps the most endearing quality of this track is its sincerity. Coleman’s intentions shine through in his voice, and they are decidedly genuine.

See Your Shadow have done all the right things on “It Starts With Hello.” It’s well performed enough to not overlook, and meaningful enough to be engaging on a deeper level. While the Country genre might be something of a turn off to some, it’s not really the first thing you notice about this track. It feels like something we need to hear, at exactly when we need to hear it, though we don’t know why, initially. Hopefully, the next time you share a hello with a stranger, you’ll remember how integral it is, and just how much potential it holds.