“Dancing in an Empty Room” by Sp8ce Owl 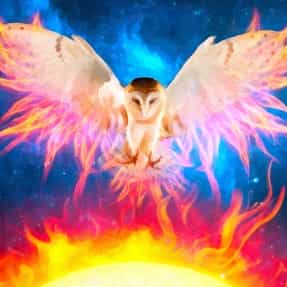 There are many ways to experiment with minimalism, but Sp8ce Owl might have just found my favorite method in the new single “Dancing in an Empty Room,” which is currently out and gaining some serious steam in indie circles this December. Comprised of a lo-fi melody and a rather curious arrangement of beats, “Dancing in an Empty Room” is everything its title would suggest it is – dark, isolated, and strangely full of vitality. This is the thinking person’s answer to the indulgence of contemporary pop, and I see it doing quite well as it gains more momentum on college radio ahead of the year’s end.

The lead vocal here is almost entirely buried in a low-end tonal presence, but it’s still alive enough to contribute some definition to the track – albeit very conservative. Rarely is there a song so blatantly flirtatious with the crude elements in chamber music and synthwave that also has a distinctly radio-friendly feel, though I don’t think this is going to be the kicker with new listeners. Sp8ce Owl’s precision technique at the helm of the board is the real bread and butter of this single, which is something that sets him far apart from the competition.

This groove is rather prickly in a couple of spots, and while it makes the rhythm more rigid against the melodic elements in “Dancing in an Empty Room,” the boldness of design is something that grabbed my attention right out of the gate. This isn’t cut-and-paste material by any means – contrarily, I would say that this was obviously constructed from the ground up with the goal of expression lying on the horizon of every beat in the song. Sp8ce Owl is a solo project built on sophistication, and we’re forced to acknowledge that in under three minutes here.

If this is par for what Sp8ce Owl’s discography is going to be including from this moment forward, I see the interest in his brand increasing quite dramatically with the uptick in streams his work is receiving at the moment. “Dancing in an Empty Room” subtly knocks at the door of avant-gardism without really selling itself over to the deeply left-field concepts that often separate the indie players from the mainstream talent, and even though it’s a bit edgier than what the standard in pop includes, this is why I believe it’s going to resonate particularly well with fans of alternative melodies.