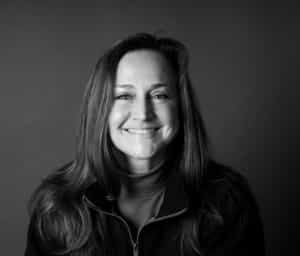 If I were assessing the talent Janean Christine Mariani has in her new single “Red Number 5” off of the skills she has as a singer exclusively, there would be no need to write a complete review of her performance – she’s a lights-out vocalist who can sing anything she wants. Countrified and charismatic, Mariani’s pipes are solid gold in the harmony-centric “Red Number 5,” but it’s not just how she sings to us that verifies her credibility as a performer. Between crooning and caring for this complicated arrangement, she’s got more going for her than almost anyone else I’ve been spinning this month.

“All the way to Tunica she kept her hands on two and ten / She found a roulette table gave the dealer a wink said babe let’s give this wheel a spin,” we’re told in this song, and with the moxie that it’s filtered through at the mic it becomes rather difficult to deny how heartfelt this singer is being with her words. She’s taking us to the casino floor and stacking the chips as high as we can handle them in “Red Number 5,” whilst adhering to an efficiency-first concept that hasn’t been big in country music for too long now.

The video for this track is rather cut and dry, but I wouldn’t want it to be a picture of elaborate theatre. Contrary to hip-hop and pop, country music is a genre that always does a little better with audiences when it isn’t made complicated beyond what it needs to be, and Mariani is a songwriter who knows this for sure. She’s leaving the fluff on the sidelines where it belongs, which highlights all the best features of her sound as they ought to be (and without a boost from synthesized componentry).

You don’t have to be as big a country music fan as I am to dig the stylish sounds of one Janean Christine Mariani, but those who are in my league will find it to be a lot fresher than some of the more commercially-bankrolled content debuting out of Nashville this late autumn season. There’s never been quite as competitive a time for American country singers as the present, but Mariani brings such an affectionate attitude to her music that I don’t believe she’ll have a hard time getting planted within the community a lot sooner than later. “Red Number 5” could do the trick, and I recommend you give it a listen for yourself before the year is over.