“Stand Up” by Damon Little 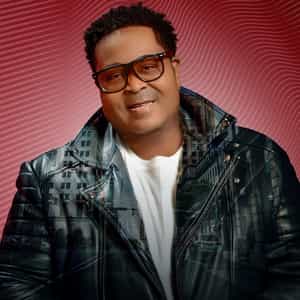 Gospel/soul hybrids are having a pretty good season, and as we inch closer to Christmas, Damon Little presents us with a thoughtful, deeply personal performance in “Stand Up” that brings awareness and worship themes to a time of year increasingly commercialized by the powers that be. Little’s sexy voice develops a harmony as sweet as the summer sunshine right out of the gate, but it isn’t until we’re in the latter half of “Stand Up” that he starts to flex some real melodic muscle. He’s got a story to tell, and moreover, the kind of lightning bolt performance that simply has to be shared.

There’s no question that Little is singing from his heart in this track, and the clarity of the mix showcases how much soul he really has to contribute to every lyric in the song. “Stand Up” is such a larger-than-life gospel tune, and when it’s swinging as hard as we can handle towards its conclusion, it feels as fresh and uplifting as it does in its fragile opening bars. This wasn’t thrown together in a bid to cash in on the holiday season or social justice causes making the nightly news; it’s pure intentionally and naturally, which is what I always want out of my gospel music.

The instrumentation is a little delicate in comparison to what the vocal is putting out in this mix, but I like that Little’s actual delivery doesn’t sound softened by the backing band at all. Contrarily, he’s carrying the heavy load in this performance and making it more than obvious how much he enjoys being at the epicenter of the magic. He was made for this kind of work and, more specifically, the kind of praise that he’s giving to both God and the medium of music itself.

I was not aware of who Damon Little was before I got introduced to his music through the release of “Stand Up,” but this has made me really interested in hearing what he can do again in the future. He’s swaggering but not the least bit arrogant with how he plays in this single, and I think that he has far more potential to appeal to the masses than some of the other gospel singers trying to make their mark on secular radio this December. This is just the beginning of Little’s success, and once you’ve heard his new song and seen its music video I believe you’ll agree.