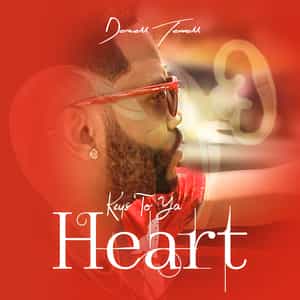 Synthetic melodies are never good enough to devalue honest musicianship, but if they were, they’d be the sort you’ll hear in the new single from Denzell Terrell this December, “Keys to ya Heart.” Terrell could have released this single just on the strength of its instrumental charms, its beat, or even the potential it holds for club remixes if directed by a like-minded player, but he didn’t stop at simple foundations with this latest studio cut. This is a lyrical masterpiece for his discography, and all the solidification his brand needed coming into a new year in 2022.

These lyrics are very brooding and unfiltered tonally, but they’re not so personal as to make us feel like outsiders looking in on someone else’s life and experiences. Instead, these verses are made for listeners to relate to them, which skews the insularity of the master mix with an outgoingness that you won’t hear a lot of outside of this new pop release. Introspection is the big trend at the moment, but you would never know as much just from listening to the chills-inducing sounds of Denzell Terrell in this latest single.

The groove beneath the lines in “Keys to ya Heart” is one that wants to sweep us away on the back of a bittersweet sensibility that cuts to the core, and I love how much it contributes in terms of emotional context here. Terrell actually wants to bring us into a place of angst, but his heart is too set on making good with his lover in this track to allow for his verses to fall onto the dark side. This is a single that took some time to hash out, and you don’t have to listen to it more than once to appreciate the thought that went into every beat in the track.

I didn’t know much about Denzell Terrell outside of his general profile before listening to this new single, but “Keys to ya Heart” has made me want to stay on top of his performing now and in the future. This song has a heart-melting melody that blushes as much as it reaffirms the seriousness of Terrell’s sentiments here, and if there’s one thing that I took away from the substance of “Keys to ya Heart,” it’s how special an arranger Terrell is at this stage of his career. He knows where to put himself and how to make a hook sound heaven-sent, and that’s huge for any artist around.