Dici Releases “u n i” 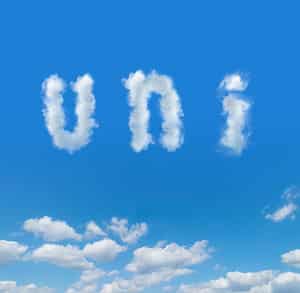 Despite what some critics might try to sell you nowadays, there just aren’t many rappers who can make the crossover into singing melodically with any real level of success. It’s more than a skill – this is as raw a talent as it gets, and those looking to cultivate this kind of duality would be smart to take a peek at what Dici is doing with his new single “u n i” this winter. Dici’s reputation speaks for itself, and with “u n i,” he extends the melodic vocal play that launched “Five Rings” to the attention of countless fans around the globe not too long ago.

The harmonies in this single are pretty critical to the story being told, but I wouldn’t say that they make the verses any more intimate than they likely would have been in a different arrangement. Dici has gotten so much more unfiltered with his style of poetry in the past year, and I think this is the first qualifying example of him really embracing alternative hip-hop’s darker side without making an apology for it via a springy pop hook. Forget the juxtaposition of previous releases; he’s utilizing some singularities in “u n i” if for no other reason than to get the seriousness of his narrative across.

This beat is a mean bully to get into the studio with, but you wouldn’t guess that if you were going off of the attitude that Dici is rocking at the top of the mix. He’s on fire from the jump, but as the drums seemingly get louder in the latter portion of the track, it’s as though his wick has been relit and he’s more motivated than ever to punch out these verses with extreme prejudice. It’s hard action, but it’s not depleting his melodic capabilities in the slightest.

Producers of “u n i” definitely wanted our attention trained on the vocal almost exclusively, and through the circular beat and the vacuum-like effect of the guitar parts, I think they got what they were setting out for (mostly). What I don’t believe they were anticipating was how soulful some of the chorus elements would come out, especially given the hammer that Dici is putting down with the microphone. He’s come so far compared to the artists that started on their journeys around the same time he did his, and this is just another milestone in his discography worth celebrating in 2022.

APPLE MUSIC: https://music.apple.com/us/album/u-n-i-single/1594429535 I’ve never been disappointed by the moves this rapper can make in the recording studio, and while they say that with time comes experience, I had a good feeling about his sound going back a year ago at least. “u n i” is effective, emotional, more personal than I was counting on, and perhaps the most forward-thinking arrangement that its singer has thought to produce without a collaborative agent in the room with him. In short, Dici has found his trademark tone in this performance, and I am among those who cannot wait to see and hear what he’s going to be able to do with it in his next proper release