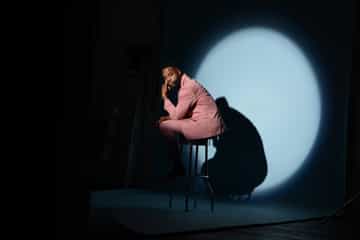 Pop/rock influences combine with a steadily melodic hip-hop persuasion in the new single from Stringz EMB, “Hijacked,” but while this might sound like just another hybrid rap track dropping this spring on paper, this is no run of the mill hip-hop single. There’s considerable depth to the instrumental framework of “Hijacked” that is hard for even the more discriminating of critics among us to ignore, and although Stringz EMB has demonstrated a lot of ambition as a songwriter previous to this release, I found this track to easily be his most experimental push towards a progressive sound thus far.

The music video’s greatest strength is that it doesn’t put anything in front of its soundtrack, which has become a serious issue in hip-hop lately. Stringz EMB never fronts with props – he’s got something he wants to share with us in this track, and it’s going beyond poeticisms and extending to the cinematic element in this video. The groove and how he relates his vocal to the guitar parts remain the most integral points of emphasis in “Hijacked,” and the very fact that the music is a bigger focus here than any of the on-screen images are is a statement on its own.

While it wouldn’t be true to say that he’s had a hard time getting positive press and finding an audience on his own, Stringz EMB makes a point of shutting down the very notion of selling out in this single, which I think is the strongest of its parent album. His lack of dependency on the surface-level components of mainstream hip-hop, such as defined basslines and circular beats, couples well with his honest attitude as a lyricist, and in a track like “Hijacked,” we’re able to enjoy his melodic capabilities as much as we would his intellect as an artist.