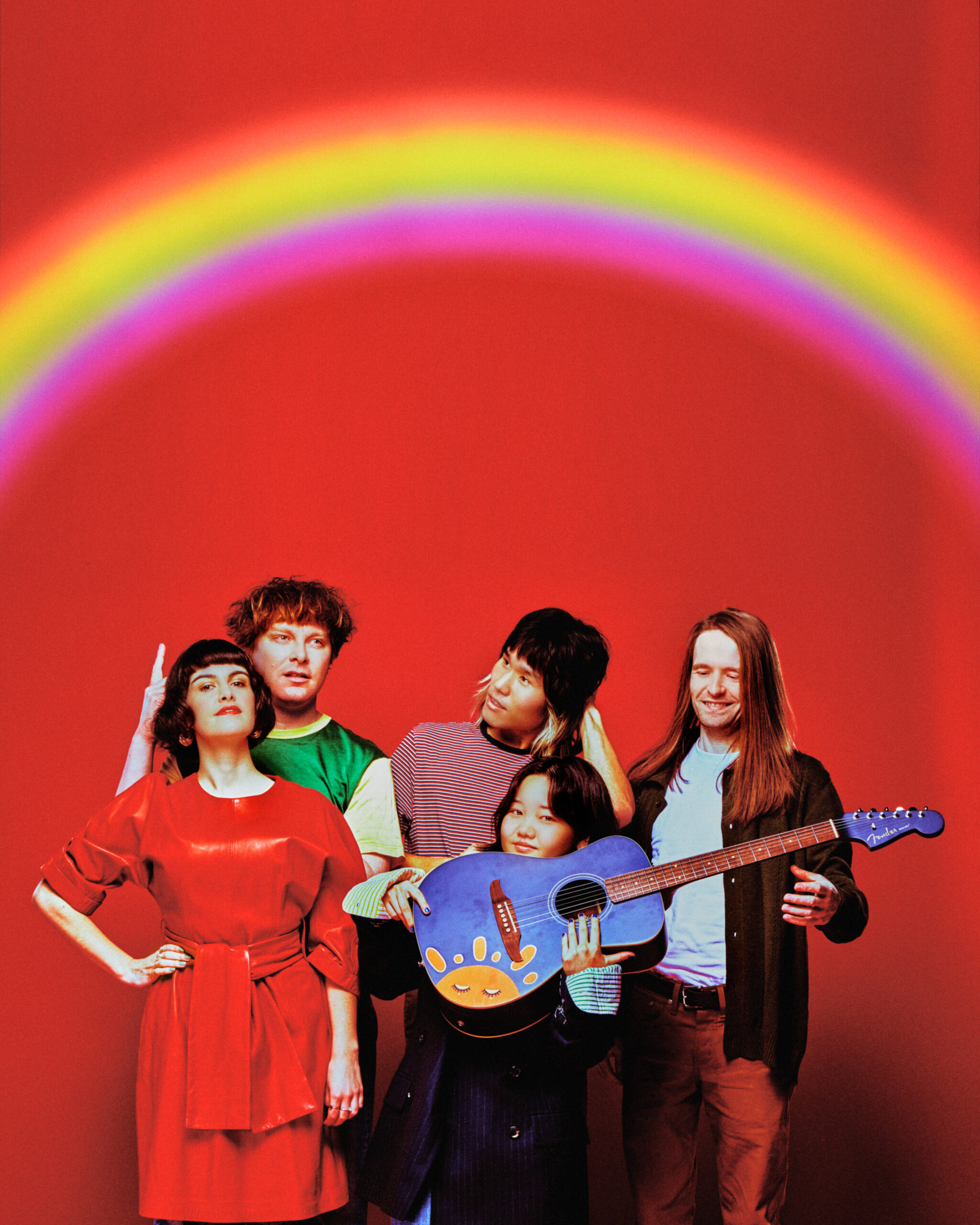 Today, Superorganism share “crushed.zip,” the third track from their upcoming sophomore album World Wide Pop (due July 15), it takes their sound in a more melancholic direction whilst still underpinned by a soaring chorus and their signature sound effects.

Harry says of the song: “It’s a musical journey through the anxieties and isolation that can arise from being an artist, it’s ultimately delicious though,” while Orono adds: “I was thinking about Kanye and Elliott Smith a lot (which is most of the time). I wanted to do like a really depressing and personal song but with the most deliciously obnoxious pop packaging. Stuart Price’s production really elevated it to the next level.”

Superorganism have mutated and are now based around the core of Orono, Harry, Tucan, B and Soul but World Wide Pop also brings in an international set of collaborators including Stephen Malkmus, CHAI, Pi Ja Ma, Dylan Cartlidge as well as legendary musician and actor Gen Hoshino.

World Wide Pop blasts back with thirteen tracks that strike a balance between artifice and earnestness, between sci-fi silliness and existential intensity. A showcase for Superorganism’s newly deepened understanding of each other’s interests and impulses, the kind of creative convergence you’d expect when online friends start spending time together IRL (their debut was completed before the whole band had ever been in the same room at the same time).