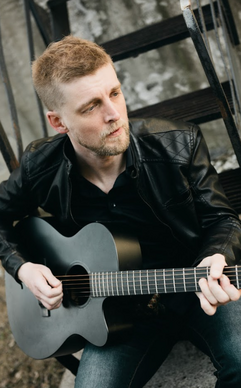 Canada’s Jeremy Rice may have finally found that breakthrough hit – “Why Do You Lie” has jumped and jived its way onto the pop rock scene. The song’s swagger and addictive chorus will surely have audiences dancing in the aisles. Rice, who is from Quebec, injects just a bit of French-spoken lyrics, and leaves most of the talking up to the harmonies and the excellent music riverbed. Tethered to the track is a silkscreen, Andy Warhol-like color explosion, music video. A montage that dives into both the band and Rice’s personality, “Why Do You Lie” is the perfect amount of electricity to spark the indie music scene.

Previous releases from Rice include “Arriianne”, “Somebody Like You” and “Underneath The Ground” from 2019’s Jeremy Rice and the Legendary Fist of Takinawa, have been leading the momentum. Rice maintains that slick rock style and brings to the forefront a killer hook in “Why Do You Lie”. His latest single is from the upcoming album The End of the Highway. The album is anticipated to be released in two parts – the first collection coming this October. What is obviously apparent in “Why Do You Lie” is that Rice is willing to make a statement, both visually and audio-wise. This song grabs the listener with its easy-to-follow lyrics, and gripping chorus.

I think, too, that “Why Do You Lie” firms up Rice’s ability to float between rock and pop rock. If you’re a fan of the duo The Rembrandts or even Supergrass, Rice bridges those worlds together seamlessly. I felt like listening to “Why Do You Lie” he trekked into the 80s world (think MTV heavy acts like Duran Duran, Eurythmics, and Teenage Fanclub. There is something powerful happening with the simplicity of the lyrics – let’s be honest it’s not about getting out a dictionary and looking up the meaning of songs that make them so refreshing. He’s honest and writing a great song is a lot harder than it sounds. Rice has a knack for championing a rock band sound with a great melody. That pairing cannot be understated enough. “Why Do You Lie” is such a great thrill.

Rice sings when I give all I’ve to, and I know you do not, all you do is for you, all you say is untrue, that knife in the heart felt like a ripple effect. It’s an interesting thing, though, because he sings with such warmth it’s hard to even tell he’s mad. He had me smiling the entire song because of the fun tempo and the bass grooves. That bubbly feel is mirrored in the music video. You just fall for Rice.

I think fans of the aforementioned bands, along with Katrina And The Waves and Deep Blue Something, will want to keep spinning “Why Do You Lie”. Kudos to Rice for his guitar playing, too. The guitar work in this song is quick, tight and adds a whole other layer to marinate. It takes the song over the top. This one’s a keeper.  “Why Do You Lie” is definitely one of Rice’s best exports.